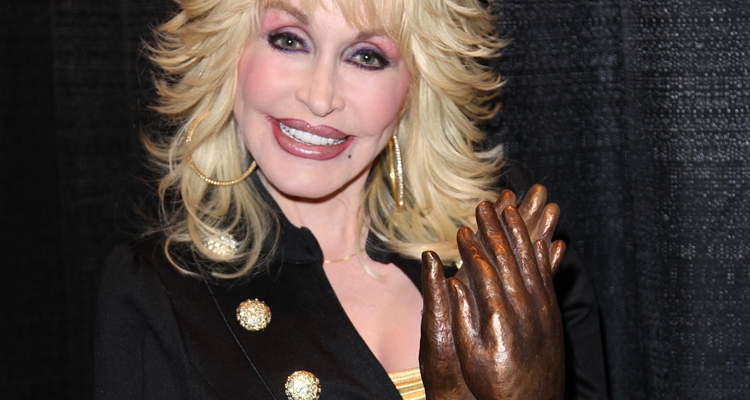 Dolly Parton is a major funder behind Moderna’s COVID-19 vaccine, which claims to be 95% effective.

The country music legend revealed that she made a $1 million donation to Vanderbilt University’s Medical Center back in April. Parton says she made the donation in honor of her friend, Dr. Najj Abumrad, who treated her for serious injuries after a car accident.

The New England Journal of Medicine’s review of the vaccine’s efficacy lists The Dolly Parton COVID-19 Research Fund as a chief supporter of the vaccine. Parton’s donation also helped accelerate research into convalescent plasma treatments – one of the treatments received by President Trump. The Moderna vaccine is one of two vaccine candidates that may soon be distributed after regulatory approval.

Parton is a well-known philanthropist who has contributed to the United States in untold ways. Her Dollywood theme park in Tennessee has helped bring employment and prosperity to the local region. She also supports a program to provide free books to children and funds women’s services at a local Tennessee hospital.

Parton has a Netflix movie-musical Christmas special coming up, and the singer will go on tour in 2021. It will be interesting to see if her contributions to vaccine research get the live music industry going again.

So far, 2020 is the lost year in terms of revenue and performances for artists. Some venues are canceling their early 2021 shows over the uncertainty over whether a vaccine will be available by then.

When asked back in May, 9 out of 10 people said they would not attend live music without a vaccine. That number may hold steady as the COVID-19 pandemic continues to accelerate across the United States. More states than ever are reporting higher case numbers. Hospitals across the Midwest are filled to capacity as the fall-out from the Sturgis motorcycle rally continues.

“Shakespeare may have written King Lear during the plague, but Dolly Parton funded a Covid vaccine, dropped a Christmas album and a Christmas special,” one fan wrote on Twitter. That’s the truth.

Dolly’s early donation helped fund the first half of research for the new vaccine. Dr. Mark Denison, a professor of pathology and microbiology, says her contribution was immeasurable.

“Her money helped us develop the test that we used to first show that the Moderna vaccine was giving people a good immune response that might protect them,” Denison confirms. The federal government eventually stepped in with more than $1 billion in funds to further develop the successful vaccine candidate.