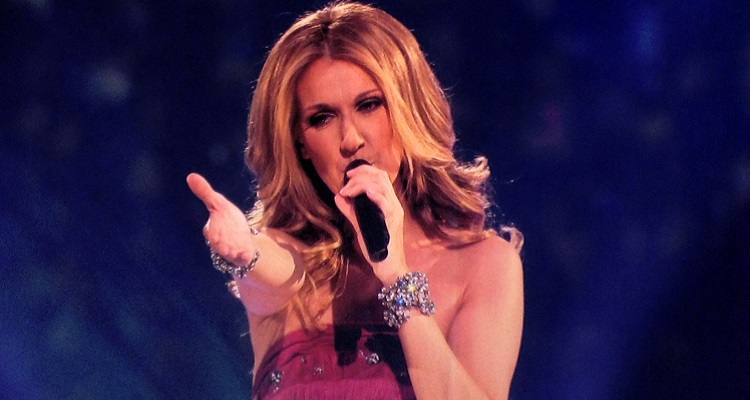 The California Labor Commissioner recently ruled in favor of ICM Partners — and an exclusive copy of the corresponding legal document was shared with Digital Music News. In summary, Celine Dion and Rob Prinz began working together nearly three decades ago, in 1989, when Prinz was still employed by Los Angeles’ Creative Artists Agency (CAA). Under the terms of this initial agreement, Dion paid Prinz a 10 percent commission, not including income deriving from “Canada, Europe, Eastern Europe, and French speaking territories.”

In 1995, Celine Dion signed a “standard agency agreement” with CAA – the last such deal she inked, the filing relays. The contract, which expired in 1998, stipulated that the Quebec-born singer would pay a 10 percent commission on each of the career-related agreements she entered into during the window – even if the associated payments became “due or payable after the expiration of the term.”

Next, Prinz departed CAA to form a new agency, closing a fresh representation deal with Dion in August of 1999 that encompassed a 2.5 percent commission solely on opportunities negotiated (and paid for) during the term of the contract.

Upon finalizing a multiyear Caesars Palace residency (with shows promoted by AEG) in 2000, however, the “That’s The Way It Is” singer and her husband opted not to use Prinz’s agent services. The future ICM Co-Head of Worldwide Concerts Prinz did assist with some length- and schedule-related pivots, for which Celine Dion’s husband and manager offered him a $50,000 flat fee. Prinz “refused” the once-off compensation.

Following the conclusion of this initial residency, though, Dion and Prinz closed a new (written) agreement yet, at a three percent commission and covering Celine’s 131-stop, nearly $300 million Taking Chances World Tour. The deal was an important precursor to Prinz’s involvement with a follow-up Celine Dion Vegas residency. He negotiated the eight-year-long deal (she began performing at Caesars in 2011, and the initially scheduled three-year run ultimately extended to eight years) and received a 1.5 percent commission for the payments until his 2018 firing as Dion’s booking agent.

Significantly, Prinz joined ICM in 2015 and continued to receive a 1.5 percent commission on Quebec shows, a three percent commission on international performances, and, most pertinently, the above-mentioned 1.5 percent compensation for the Las Vegas residency gigs. The individual who took over as Dion’s manager after her husband stepped down due to illness confirmed (along with Prinz) that the 2015 agent services were to be provided “on an ongoing basis.”

Dion’s new manager proceeded to pay Prinz the appropriate commissions until he himself was fired in 2017. The subject of “ongoing” services and commissions reentered the spotlight after Prinz helped Celine Dion to “procure and negotiate” a massive AEG deal that would provide the 52-year-old singer with nearly $500 million worth of performance fees between 2017 and 2026. Per the contract, Dion stood to make $500,000 per Las Vegas show and “a guaranteed minimum average of $1,075,000” for 198 gigs outside of Sin City – as well as a $5 million signing bonus divided evenly among the sets.

Prinz “engaged meaningfully in the negotiations” for the new deal, according to Celine’s then-manager, including by implementing a “strategy to leverage AEG and Live Nation’s competing offers against each other to start a bidding war and ultimately secure the maximum contract value for Dion.” Moreover, “ICM was the only agency that worked on the deal,” which simply absorbed the remaining Las Vegas residency shows from Dion’s 2011 AEG arrangement.

Then, in March of 2017, Dion fired her manager (not Prinz), once again, and brought on a new team, which expressed the belief later that year that Prinz “had been paid enough” for his work on the $500 million AEG agreement. The agent consented to accepting $11 million in total – less than the $12 million to $13 million he expected to earn from the nearly decade-long collection of performances – but the Dion camp refused the compromise, and Prinz was formally terminated in May of 2018.

In explaining its decision to rule in Prinz’s favor, the Labor Commissioner indicated that “we have consistently applied the rule stating, ‘[a] talent agency is generally entitled to receive post termination commissions for all employment secured by the agency prior to its termination.’”

Citing as an example actress Alyssa Milano’s early-2000s dispute with Endeavor, which saw her cease paying a 10 percent commission (part of a verbal contract) on Charmed earnings despite the firm’s having negotiated the overarching agreement, the legal text emphasizes that the Prinz-Dion deal “is an oral and implied contract formed between the parties, the existence and terms of which were manifested by the parties’ subsequen\t conduct” – i.e. sending performance-related commissions.

As such, the Labor Commission ordered Dion to pay Prinz/ICM under the aforementioned commission rates. Addressing the decision in a statement, Celine Dion said in part: “I feel like Mr. Prinz and ICM took advantage with their demands for money and revealing confidential information about my AEG deal. I feel betrayed.”

ICM Partners General Counsel Rick Levy said in a statement of his own: “This ruling leaves no doubt that Rob Prinz and ICM not only had a legally enforceable agreement to commission Ms. Dion’s AEG deal, but that, throughout her brilliant career, Rob represented her in an exemplary manner, culminating in an unprecedented touring and residency contract.”

Verbal agreements are at the center of several other high-profile music industry lawsuits – including the $1.4 million complaint that Starstruck Entertainment levied against Kelly Clarkson back in September.