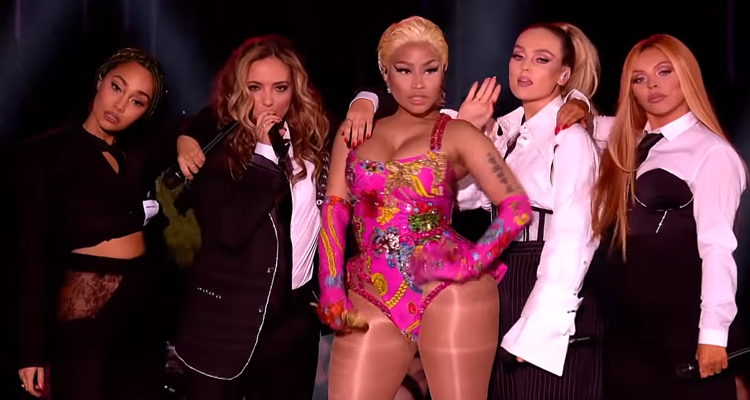 Nicki Minaj has struck a deal with HBO Max for a six-part docuseries on her life.

The series will explore Minaj’s creative process and tell the story of her personal and professional life. Minaj herself will serve as narrator for the audience, describing some of the most vulnerable parts of her life. For now, the Nicki Minaj docuseries is untitled, but each episode will be a half-hour in length.

Minaj announced the deal with HBO Max via Twitter to her fans. “It’s going to give you guys a raw and unfiltered look at my personal life and my professional journey, and I can’t wait to share it with you,” the rapper tweeted. The news about the new docuseries comes as Minaj celebrates the 10th anniversary of her debut album, Pink Friday.

Warren says he’s pleased to be working with Minaj again in such an unfiltered view. “I love that this series not only provides an all-access glimpse of one of the most iconic musicians of our generation; it also profiles the brave woman behind the artist, Onika. I believe all of us can learn a great deal from her remarkable professional and personal life. It’s an honor to be entrusted with this dynamic story,” Warren adds.

Sarah Aubrey, head of original content at HBO Max, says the network jumped on this opportunity. “Nicki Minaj is a multi-faceted artist, businesswoman, and innovator as well as a force to be reckoned with. It’s a privilege to bring this project to HBO Max and provide our viewers with unprecedented access to her life,” Aubrey adds.

The ‘raw and unfiltered’ look will probably provide a look into the rapper’s beef with other celebs. From Miley Cyrus to Cardi B, Minaj has had had her share of altercations over the years. In 2018, footage of Minaj and Cardi B yelling obscenities and throwing shoes surfaced at a Fashion Week show.

Both women later said they were tired of the beef with one another, but it’s a slowly simmering pot. You can expect all of these incidents to be addressed in her professional life. After all, how can you be a rap queen without a good side of beef?