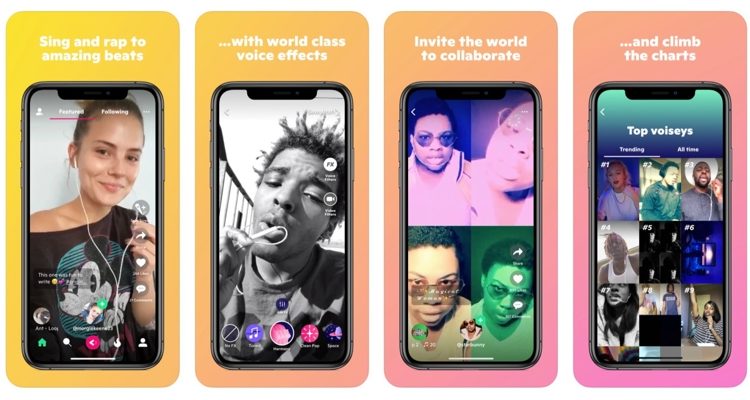 Snapchat has acquired Voisey, an app that features instrumentals for creating your own music tracks.

Snapchat is perhaps the most copied social network in the world. Its Stories feature has ended up on Facebook, Instagram, TikTok, and now Twitter as a feature called Fleets. Now, Snapchat is turning its gaze to TikTok and the importance of music on its surging rival.

Voisey is a start-up based in the U.K. for creating instrumental tracks with your own vocals. It also allows musicians to upload instrumentals to be used in other’s music videos. Audio filters like auto-tune, automated harmonies, and simulated effects can be added to the tracks.

The result is similar to what Snapchat accomplished with its video filters – but for audio tracks.

Business Insider first reported the deal when Voisey changed its business address in London. The address moved from their independent studio to the same address of Snap Inc. Additional business filings reveal that four people who co-founded Voisey and two investors resigned as directors on October 21st. Two Snap employees were appointed in directorship roles in the company after those resignations. Snap has declined to comment on the acquisition.

Voisey raised around $1.88 million in funding before its acquisition by Snapchat. The current app is ranked 143 on iOS in the Music category in the United States. Right now, it’s unclear how much Snap may have paid for Voisey.

But it’s clear the acquisition puts Snap Inc. a lot closer to being the music tastemaker that TikTok has become. Olivia Knight, known as poutyface, signed with Island Records/Warner Chappell after being discovered on Voisey earlier this year. Voisey’s focus on individual music creation may help Snapchat usurp TikTok’s position in the music industry.

TikTok’s increased scrutiny from the U.S. Government has made some creators wary of the platform. It’s also less focused on music creation and more about sharing anything as a short-form video. To that end, Voisey is much closer to Musical.ly, which TikTok acquired to become popular. Musical.ly’s original purpose was a karaoke social network of talented singers sharing their renditions of popular songs.

Right now, Snap’s plans for Voisey are unclear. It could integrate some or all of its features into Snapchat.

Or it could run Voisey as a separate app to see if it gains traction in the way TikTok has. Providing easy hooks into Snapchat to share content would be another way to put Snapchat front and center. Sounds on Snapchat was just the beginning after this Voisey acquisition.