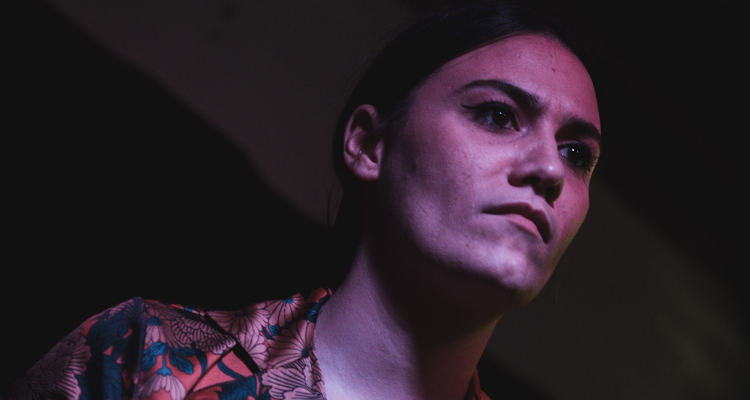 Singer-songwriter Nadine Shah recently stated that she is struggling to pay her rent despite having more than 100,000 monthly listeners on Spotify.

The 34-year-old Whitburn native Nadine Shah elaborated upon her Spotify earnings situation while addressing the Digital, Culture, Media and Sport Committee, as part of its ongoing probe into streaming royalties. DCMS Committee members unveiled their comprehensive analysis, which is specifically studying streaming’s impact upon labels, artists, “and the sustainability of the wider music industry,” last month.

Shah – who joined Radiohead guitarist Ed O’Brien and Elbow frontman Guy Garvey in speaking before the bipartisan House of Commons select committee – broached the subject of streaming royalties when asked whether she believes that the relationship and agreements between labels, streaming services, and others are transparent.

“I don’t feel that it is that transparent. I don’t,” said Shah. “What I do know is that the earnings from my streaming, they’re not significant enough to keep the wolf away from the door. I’m in a position as an artist with a substantial profile, a substantial fan base, is critically acclaimed, but I don’t make enough money from streaming.

“I’m in the position now where I’m struggling to pay my rent. And I’m embarrassed to talk about these issues publicly. I’m embarrassed to talk about them for many reasons. Because money, you know, sometimes to an extent is an indication of success. But here that’s not really the case I think, because I am a successful musician, but I’m just not being paid fairly for the work that I make.

“I don’t think there is enough transparency, no,” concluded the “Trad” artist. “But the bottom line for me is that, what is transparent is that I’m not being paid.”

With 101,999 monthly Spotify listeners to her credit and a similarly strong following on other platforms, Nadine Shah’s claims of streaming-related financial struggles are particularly noteworthy. While her two most popular tracks on Spotify, “Evil” (2017) and “Ville Morose” (2014) have a combined total of over 3.2 million plays, the resulting royalty payments are relatively small, given the multiyear timeframe that they cover.

Factoring based upon Digital Music News’ often-cited breakdown of Spotify’s per-stream royalty rate, between $.003 and $.005, for most artists, the mentioned 3.2 million streams would have generated approximately $16,000 (on the high end). Across the nearly seven years since the release of “Ville Morose,” the royalties come out to about $2,290 annually – or just $190 monthly.

Initially, the DCMS Committee indicated that relevant stakeholders would have until the evening of Monday, November 16th to submit written testimonials pertaining to streaming. Possibly due to the information that’s come to light thus far – the session opened with the reading of an email from an artist who struggled to make ends meet while signed to a major label – officials have since extended the deadline to Friday, December 11th. The next DCMS Committee hearing concerning the economics of music streaming is slated to take place on Tuesday, December 8th.