Spotify Is Stealing the Snapchat Stories Feature For Its App — But Why? 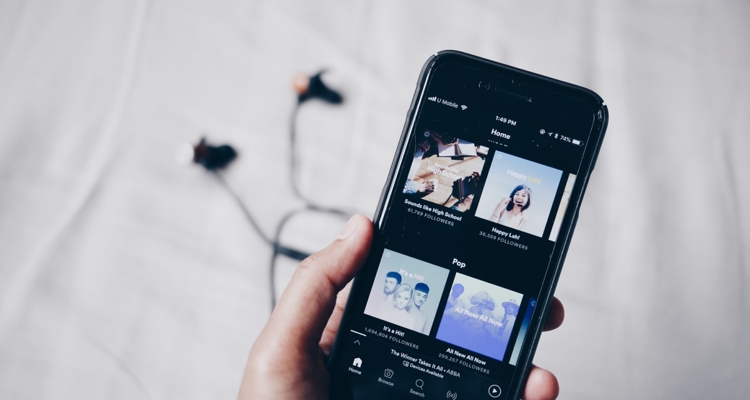 Spotify is the latest app to shamelessly lift the Snapchat Stories concept. But why?

Twitter just finished implementing the 24-hour disappearing stories feature that it calls ‘Fleets.’ No doubt Spotify will have a catchy name for this feature when it goes live to the general public.

For now, the feature was spotted by YouTube gamer TmarTn. After searching for Christmas music, Spotify recommended a new option to “tap to see the story.” Tapping the Spotify Stories brought up a video of celebrities sharing their favorite Christmas tunes. The interface is a bog-standard copy of the Snapchat Stories feature.

We’ve known that Spotify has been working on a feature like Stories since 2019. App reverse engineer Jane Wong described the feature in a series of tweets after discovering a Q&A session with Norweigan singer Sigrid. The interview mentioned a Spotify Stories feature that is now arriving on public testing channels.

You can test the feature yourself to see if you’re part of the Spotify Stories public beta. Just search for the Christmas Hits playlists and then tap the Spotify profile image to see the Christmas story. For now, the feature doesn’t mean users can share their favorite music via a story, but you can bet it’s heading that way. Spotify has eyes on how important TikTok has become for music discovery.

TikTok’s success comes from short-form viral videos, but it’s the music-adjacent nature of the social network that has Spotify salivating. Transforming the Spotify app experience into more than just an interface for music keeps eyeballs in the app. It’s the first step of morphing Spotify into more than just a destination for music and podcasts.

As a music and podcast listener, changes like this are annoying. I open the Spotify app to choose a playlist or a podcast that I want to hear. I don’t care that my college roommate is obsessing over Ghost or that my friend’s husband is freshly discovering the ska genre. Most users want a curated music experience that is slowly becoming obsolete as music apps and social networks become indistinguishable from one another.

Spotify is the oft-recommended alternative for former Google Play Music users. I’m not sure how long that will be the case if more of these ‘social features’ make their way into the app. The algorithm-led front page is already a travesty; adding Spotify Stories is the last thing it needs.