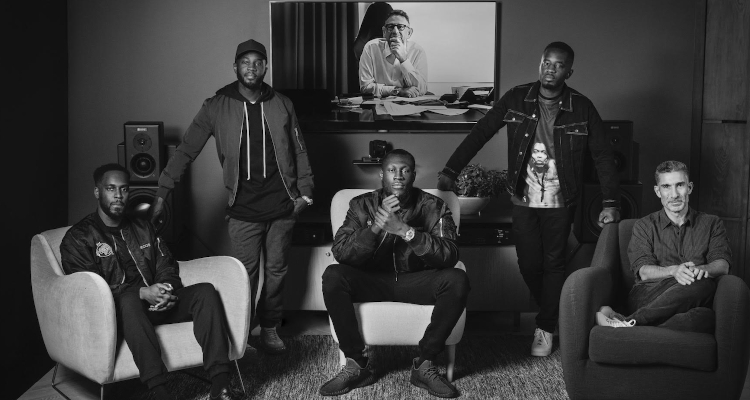 Universal Music Group and 0207 Def Jam unveiled the high-profile signing this morning, in a formal statement emailed to Digital Music News. The addition of Stormzy to the 0207 Def Jam roster arrives just five days after the “new frontline label” debuted on the music stage. Twins and industry execs Alex and Alec Boateng are serving as co-presidents at the UK Def Jam division, which follows UMG’s late-May rollout of Def Jam Africa.

Prior to the COVID-19 pandemic’s onset, Stormzy had been slated to headline the first day of Reading and Leeds. The much-coveted top billing materialized after the success of 2019’s Heavy Is the Head – which, it bears mentioning, the BBC Music Award winner Stormzy released via Warner Music Group’s Atlantic Records UK. Earlier this month, the 27-year-old – who recently appeared in Ubisoft’s Watch Dogs: Legion and played McDonalds’ I’m Lovin’ It Live – released a tracked entitled “Flavour” with Loski.

0207 Def Jam’s announcement didn’t include a statement from Stormzy, who deleted his Instagram and Twitter accounts back in February. And at the time of publishing, the three-time BRIT Award recipient hadn’t yet taken to Facebook to officially acknowledge the deal.

The establishment of Def Jam Africa and 0207 Def Jam represent just some of Universal Music Group’s noteworthy strategic moves to this point in 2020. And with the Big Three label set to debut on the public market sometime in 2022, according to majority owner Vivendi, it appears that these far-reaching efforts are part of a larger plan to diversify and maximize earnings.

To be sure, UMG in late April revealed a massive partnership with Lego, which encompasses “the development of a new suite of Lego products” based upon the label’s many signed artists. And in a maneuver that could have a dramatic impact on the live-music sphere moving forward, Universal Music announced the details of its UMUSIC Hotel line, a collection of “music-based experiential hotel properties,” last month.

Plus, the Santa Monica-headquartered company scored a multiyear licensing agreement with Spotify, including collaboration on marketing projects. The streaming service’s CFO recently acknowledged that UMG “is willing to lean in more aggressively” on joint promotional initiatives.

Lastly, Tencent closed its 10 percent, $3.3 billion investment in Universal Music Group earlier this year. As part of the deal, the Chinese conglomerate has the option of purchasing another 10 percent stake (at the same price), but the deadline to do so – January 15th, 2021 – is fast approaching.