Rapper Casanova Is Wanted by the FBI on Federal Racketeering Charges 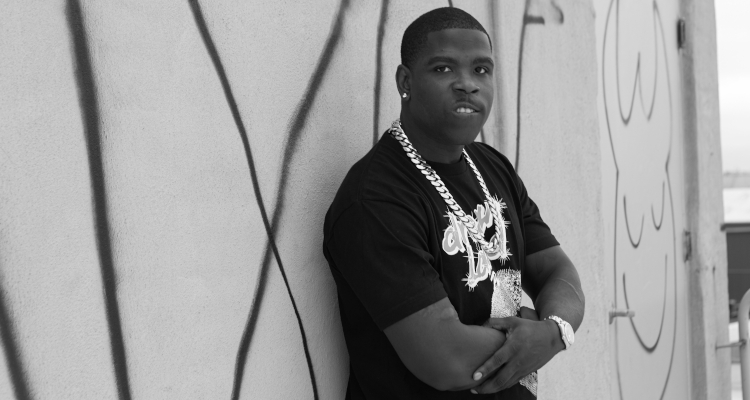 The FBI’s New York division, in coordination with NYPD Commissioner Dermot Shea and higher-ups at multiple other New York police departments, announced 16 felony charges against alleged members of the Untouchable Gorilla Stone Nation Gang. 17 of the 18 involved individuals are in custody presently – excepting Casanova, who investigators at the FBI New York are “still looking for,” per a tweet published yesterday evening.

The 34-year-old Casanova – who Tekashi 6ix9ine mentioned by name in his much-publicized courtroom testimony – faces a maximum of 20 years behind bars on the racketeering charge. Plus, the Roc Nation rapper would serve a mandatory minimum sentence of 10 years on a conspiracy to distribute controlled substances charge and at least five years (which would run concurrently with the other sentences) for possession of a firearm in furtherance of a drug-trafficking crime, if convicted.

Most seriously, in terms of the charges against the 17 other Untouchable Gorilla Stone members, is Brandon “Stacks” Soto’s alleged murder of a 15-year-old in Poughkeepsie on September 21st, 2020. Additionally, multiple defendants allegedly robbed a rival drug dealer at gunpoint, shot at a rival gang member, and “maimed and assaulted an individual” using a dangerous weapon, with the alleged incidents having occurred as far back as January of 2018. Two defendants also allegedly filed fraudulent applications for COVID-19 unemployment benefits.

Previously, Tekashi and Casanova were engaged in a high-profile feud – which saw Casanova release a diss track and members of the rappers’ crews clash and fire shots – though the two subsequently buried the hatchet. Moreover, Casanova spoke on several occasions about turning a new leaf and moving away from his criminal past, even broaching the subject in a tweet one week back. At the time of publishing, however, the New York native hadn’t addressed these latest charges.

Worth noting is that officials also acknowledged the sentencing of Nine Trey Gangsta Bloods member Kintea McKenzie yesterday. The 22-year-old’s 54-month sentence stemmed from his agreeing “to accept money from Daniel Hernandez” – i.e. Tekashi 6ix9ine – “to shoot at a rival gang member and rapper who was staying at a hotel in Times Square.” McKenzie “helped to organize the shooting,” according to the formal announcement message.

Last month, a federal judge sentenced Anthony “Harv” Ellison, the Nine Trey Gangsta Blood who kidnapped Tekashi 6ix9ine, to 24 years behind bars. And in October, the rapper revealed that he’d been hospitalized after overdosing on Hydroxycut.