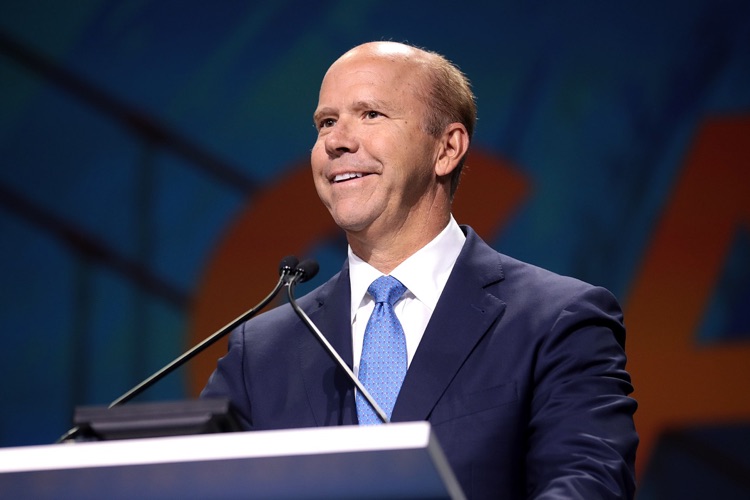 Americans may be required to receive a COVID-19 vaccination in order to receive a second stimulus check payment of $1,500, according to a newly-revealed Democratic proposal.

The proposal to require proof of a COVID-19 vaccination was unveiled earlier today (December 3rd) by longtime House Representative and Democratic presidential candidate John Delaney. It’s unclear when a safe, tested COVID-19 vaccine will be released and widely available, though Delaney clearly expects a near-term release.

Delaney said the plan wouldn’t force anyone to take the vaccine, but it would be required to receive any federal stimulus money. “We have to create, in my judgment, an incentive for people to really accelerate [American’s] thinking about taking the vaccine,” Delaney told CNBC. “If you’re still afraid of the vaccine and don’t want to take it, that’s your right. You won’t participate in this program.”

One problem for health officials is that vaccines typically take years to be tested, released, and approved. In this scenario, however, it becomes far more difficult or even impossible to determine any longer-term side effects. A recent Gallup poll found that just 58% of Americans would voluntarily receive a COVID-19 vaccine.

Delaney noted that many Americans would refuse the vaccine. But he noted that the requirement would still benefit those people, however, even if they aren’t eligible to receive a $1,500 second stimulus check.

“But guess what?” Delaney continued. “You’re going to benefit anyhow, because we’ll get the country to herd immunity faster, which benefits you. So I think everyone wins.”

The “win-win” proposal opens a number of complications for Americans, including those grounded by continuing lockdowns and event bans. That includes vast portions of the live event industry, including both indoor and outdoor concerts. Continued clampdowns on bars and restaurants are also negatively impacting millions of service workers, musicians, and business owners, all of whom could use a second stimulus check immediately to pay some bills.

On the revenue front, companies with heavy exposure to live events are suffering dramatically. Live Nation, easily one of the largest players in the live concert space, recently posted a year-over-year revenue drop of 95%. Separately, Live Nation-owned Ticketmaster is integrating software solutions to designate vaccinated attendees.  But Ticketmaster has clarified that its ticketing platform wouldn’t make COVID-19 vaccines a requirement for event entry — even though venues could impose such a restriction.

Meanwhile, citizens and municipalities in locked-down states like New York and California are starting to push back, though shutdowns remain the norm. Just last month, we first reported that musicians had successfully invalidated a New York State law banning music performances at bars, clubs, and restaurants that weren’t separately ticketed.

Whether Democrats are increasing the total package issued to Americans is unclear, though Delaney might upping the ante to encourage greater vaccine compliance.

Delaney’s proposal comes after months of debate between lawmakers over the details of a second stimulus package. House Democrats, led by Speaker Nancy Pelosi, have favored a larger total package, while Senate Republicans and the Trump Administration favored a leaner stimulus amount. At one point, both sides were able to narrow their differences to under $1 billion in total aid, though it wasn’t enough to issue a second stimulus check before the 2020 Presidential Election.