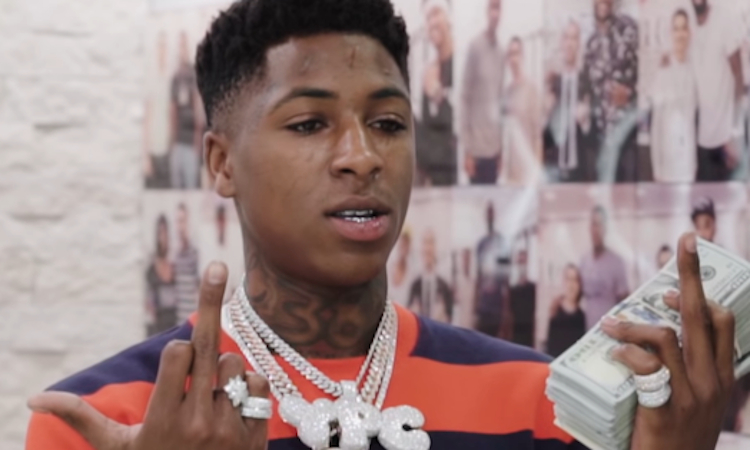 Some are criticizing YoungBoy Never Broke Again for playing a mask-free, non-socially distanced concert in Orlando, Florida, over the weekend.

YoungBoy Never Broke Again, whose full name is Kentrell Gaulden, formally announced the December 5th gig last month. Having taken place at the Central Florida Fairgrounds (indoors, that is, and presumably in the main exhibit space or the commercial building), the show was promoted under the #MensClosetAnniversaryParty hashtag by the namesake Orlando clothing and footwear company.

Footage of the concert, which cost its aged 18 and up attendees between $75 and $200 per ticket, shows a substantial, tightly packed, and largely mask-less audience enjoying the event just feet from NBA YoungBoy. And though at least one security professional separated the 21-year-old rapper from this massive collection of fans, a smaller (but still sizable and non-socially distanced) crowd assembled on stage, directly around Gaulden.

At one point, this on-stage group lifted YoungBoy, who dropped a single entitled “How I Been” yesterday evening, into the air. Moreover, it bears mentioning that the Baton Rouge, Louisiana, native has stayed decidedly busy throughout the pandemic, including by releasing a pair of commercial mixtapes towards the year’s start, a new studio album, Top, in September, a compilation album, and a different, non-commercial mixtape yet, Until I Return, in November.

Additionally, NBA YoungBoy has collaborated on works with Rich the Kid and Nicki Minaj in 2020. The highly active creator’s many recent releases evidently reflect a strong desire to return to the stage and resume performing before in-person crowds.

Predictably, footage of Gaulden’s latest show quickly began circulating on social media, with a notable portion of the corresponding comments proving critical of the concert as well as YoungBoy Never Broke Again himself. Worth noting is that while most of these clips were captured by members of the audience – many of whom appeared to be using their mobile devices to record the set – YoungBoy Never Broke Again also uploaded a high-definition video documenting the happening.

“heard a nba youngboy concert was happening in florida. that’s sad. in the middle of a f–king pandemic? … LMFAOOO YALL STANDARDS ARE SO LOW, WHERES THE SELF RESPECT?!” penned one critical Twitter user.

“Imagine breaking social distancing and other pandemic guidelines to go see NBA YoungBoy…… I mean it’s bad to go to any concert rn but to risk your life to see HIM?” stated another reproving observer.

“Nba young boy concert was hype lastnight,” wrote a fan who’s on the other side of the issue.

In late September, Louisiana police arrested YoungBoy Never Broke Again (along with 15 others) on felony drug charges after receiving an anonymous tip. At nearly the same time, news of the rapper’s coming child with Yaya Mayweather, daughter of boxing great Floyd Mayweather Jr., started making headlines. NBA YoungBoy then deleted each of his social-media profiles, excepting his Facebook account.