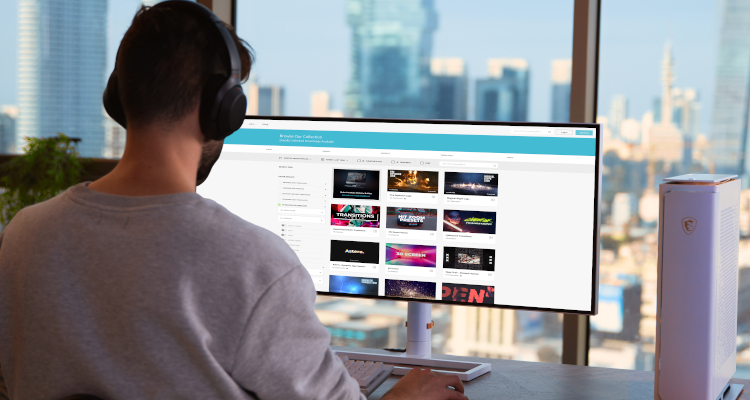 Tel Aviv, Israel-based Artlist unveiled the multimillion-dollar buyout today, in a formal release that was shared with Digital Music News. Wilmington, Delaware-headquartered Motion Array bills itself as an “all-in-one video & filmmakers platform” and, according to Artlist’s announcement message, employs north of 40 team members.

Addressing the Motion Array acquisition in a statement, Artlist cofounder and co-CEO Itzik Elbaz said: “This move is invaluable to Artlist as it helps us maintain our position as the go-to solution for creators in the constantly expanding world of video content.

“We are excited to bring our high-quality curation capabilities to additional creative assets. Motion Array’s offerings will streamline our continued efforts to provide our subscribers with creative freedom and increase their video production value,” concluded the Technion graduate.

Motion Array cofounder Tyler Williams echoed the sentiment, relaying in a statement of his own: “We feel that this merger is just the boost needed to turn Motion Array and Artlist into a true powerhouse marketplace that caters to all creators’ needs. This move is a fulfillment of the vision we had when we created our company 7 years ago and we are truly excited.”

Aside from expanding the existing catalog of Artlist, which raised $48 million in a funding round led by investment firm KKR this summer, the Motion Array buyout will allow the four-year-old business to continue “providing video creators with a comprehensive solution for every video need,” per the release.

Building upon the latter point, Artlist debuted the aforementioned Artgrid in the spring of 2019 and began hosting a “vast” sound effects catalog earlier this year.