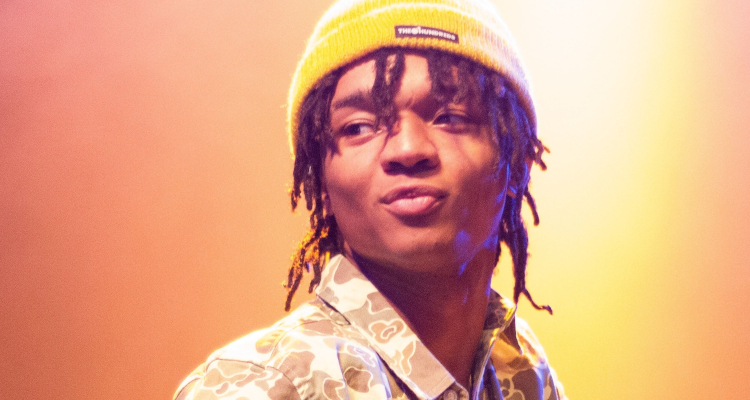 Photo Credit: The Come Up Show

Rapper Swae Lee is offering a $20,000 reward for a lost hard drive containing “all my songs.”

The 27-year-old recently announced on Instagram that he’d misplaced the extremely valuable hard drive at the Los Angeles International Airport’s second terminal, which, along with terminal three, is Delta Airlines’ LAX hub. Adding to the unfortunate situation’s difficulty and urgency, the Inglewood-born Swae Lee stated in an interview earlier this month that he is “sitting on songs on songs on songs,” to the tune of several hundred unreleased tracks.

In the same discussion, Swae Lee said that he planned to debut his long-anticipated second studio album, Human Nature, in January of 2021 – but that he’d “have to drop three albums next year,” given his extensive body of as-yet-unreleased work.

At the time of this piece’s writing, the “Reality Check” rapper hadn’t taken to social media today with an update on the lost hard drive – suggesting that no one has yet come forward to accept the reward and, more significantly, return the device. Moreover, Lee’s latest post, published yesterday evening, underscored the wealth of material that the portable storage unit contains.

“I GOT MY WHOLE LIFE ON THAT S–T !!!” wrote the five-time Grammy nominee, who ended his message with a broken-heart emoji.

On its website, Delta specifies that it “will make every effort to return” unchecked items lost on “a Delta flight, in the Delta gate area or at a Delta Sky Club,” encouraging those who are missing belongings to fill out a lost-item claim. But it remains to be seen whether someone has located and returned the hard drive to Delta officials.

More than a few fans are offering their opinions on the misplaced hard drive, the $20,000 reward, and Swae Lee himself.

“Swae Lee lost his hard drive with all his music and he’s offering 20k to whoever finds it and brings it back to him? Gotta stop being cheap that s–t worth 100k lmao,” penned one fan.

For reference, the approximately 1.1 billion Spotify streams to Swae Lee’s credit in 2020 generated some $3.3 million in royalties, factoring based upon the low end of our much-cited analysis of the platform’s per-stream payout. On the high end ($.005 per stream), the total would reach $5.5 million.

“I’m not really a Swae Lee fan, but knowing he may have lost all his music made my heart sink. I really hope his data is backed up and protected,” stated another Twitter user.

“If I found Swae Lee’s hard drive and he had unreleased music… yeah, I’m not settling for $20k,” relayed a different individual yet.

In 2011, Skrillex revealed that two hard drives, containing “all the project files” as well as a new album, were stolen while he was staying in Milan, Italy. The Los Angeles native “spent a week pulling my hair out” before turning his attention to the future and recrafting the album.

And if Swae Lee does opt to increase the reward, he’d be wise to create the corresponding message with the help of a lawyer. Singer-songwriter Ryan Leslie in 2010 offered a $20,000 payment for the return of his laptop, which contained valuable music files and was stolen in Cologne, Germany. Later, the Harvard grad upped the reward to a staggering $1 million.

An individual ultimately found and returned the laptop – though the sought files weren’t present, and Leslie and his team expressed the belief that the artist didn’t have to make the $1 million payment. Nevertheless, a court ruled that he had to front the million-dollar reward, in addition to another $180,000 in interest for the two years that separated the laptop’s return and the legal verdict.