Will the $10 Billion ‘Save Our Stages Act’ Pass? 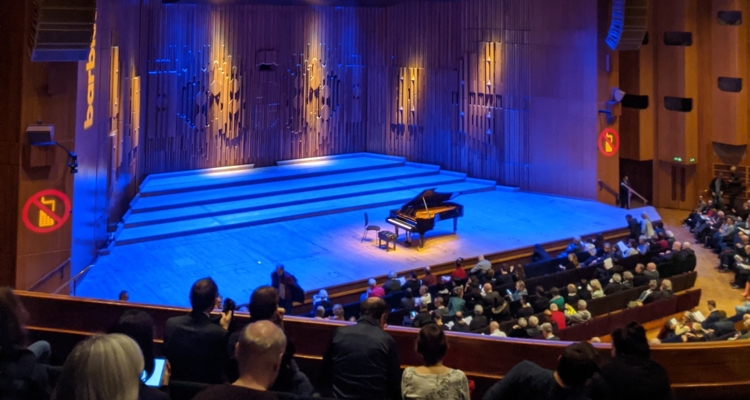 The Save Our Stages Act is a $10 billion bill aimed at giving pandemic relief to independent venues. Will it pass the Senate?

The act is part of the larger Heroes Small Business Lifeline Act, which will be voted on this week. The efforts are aimed at giving independent venues the much-needed pandemic assistance they need. Without federal aid, 90% of the United States’ independent venues are facing closure. That’s a disaster for musicians across the country; they rely on those stages to make anywhere from 70% – 90% of their income.

Variety recently interviewed the Save Our Stages Act co-sponsor, Amy Klobuchar (D-MN). Klobuchar authored the bill with her colleague, John Cornyn (R-TX). Klobuchar says she feels optimistic about some version of the bill passing on the Senate floor. She credits the strong bipartisan support shown for the relief effort.

“We had such diverse political support, which reflected the music – you heard in the hearing, everyone from Merle Haggard to Prince was mentioned, so it was a real team effort,” Klobuchar says. She says major negotiations about the larger bill are still underway as leadership meets. When asked how much of a priority is the Save Our Stages act compared to the rest of the legislation, Klobuchar is frank. The $10 billion sought makes up around 1% of the total $900 billion package being negotiated.

During the hearing, it was revealed that more than two million emails were sent to Congress about the Save Our Stages act. A letter signed by more than 600 musicians urged Congress to approve funding to help keep these independent venues from closing for good.

“You wouldn’t think that a Broadway theater and an amphitheater in Moorhead, MN, would have a lot in common,” Klobuchar says, referring to the grassroots effort to support the Save Our Stages Act. “I think a lot of people tailored their messages to different Senators, and it’s been incredibly effective, even though it doesn’t have a huge lobby behind it.”

Klobuchar says Save Our Stages is the bill to watch as part of the year-end package. She also supports the RESTART Act, which is much broader in scope and encompasses many more industries. It’s looking more and more like there may be some form of individual stimulus approved as part of the broader bill, too. If you want to show support for the Save our Stages act, make sure to contact your Senator.