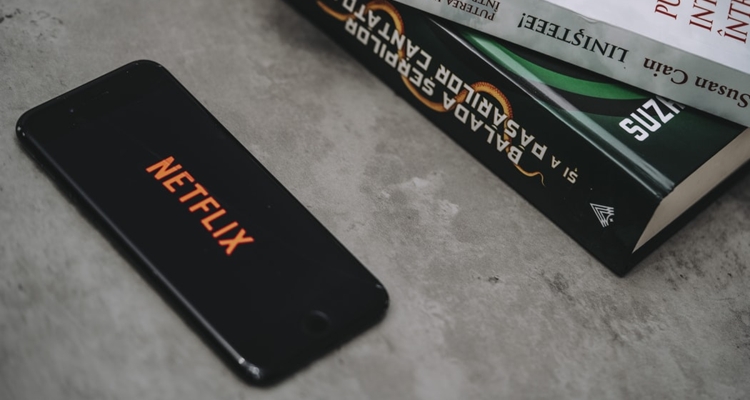 Have you ever wanted to listen to your favorite stand-up comedian’s special on Netflix? How about a documentary you’ve meant to catch-up on while exercising? A new audio-only mode in the Netflix Android app allows users to do just that.

Netflix has been giving its Android app lots of love this year. Earlier this year, it got variable playback speeds and a screen lock feature. That’s great for those on a commute with limited time and lots of jostling – like on the subway. Now the Netflix Android app is getting an audio-only mode that stops video from streaming.

It helps users save bandwidth costs while out and about. You can listen to the latest episode of Rhythm + Flow while walking your dog, for instance. Turning video off leaves the user with a blank screen with all playback controls. There’s also a new audio-only option in the settings. This option appears to let users choose when the audio-only mode is activated. You can choose always, never, or only when headphones or external speakers are connected.

Obviously, not everything on Netflix is tailored for this new audio-only mode. But some content, like stand-up, talk shows, and variety shows are. Netflix may soon lean into spoken word content and securing podcast-like content to compete with Spotify and Amazon.

Exclusive TV series are expensive to make, while podcasts and documentaries are cheaper – comparatively speaking. If Netflix can offer a wealth of content meant for listeners as well as viewers, it expands its catalog and prospective value to subscribers. Netflix fell short of analyst estimates on its Q3 2020 earnings report, but exceeded expectations on revenue.

The company also added around 1.37 million fewer subscribers than expected. But Netflix isn’t too worried about those grim numbers. “If the quarter was 48 hours longer, we would have come in slightly above our guidance forecast,” Netflix VP of Investor Relations Spencer Wang told investors.

Netflix was hit hard earlier this year with shutdowns during the global pandemic. But it still expects to launch several new Netflix originals next year, despite those delays. Production on its popular titles like Stranger Things has restarted, too. While Netflix hasn’t specifically mentioned audio-only content to its investors, it’s something to keep an eye on.

The spoken word space in particular is growing crowded as Spotify, Audible, Amazon Music Unlimited, and others compete to offer exclusive podcasts.