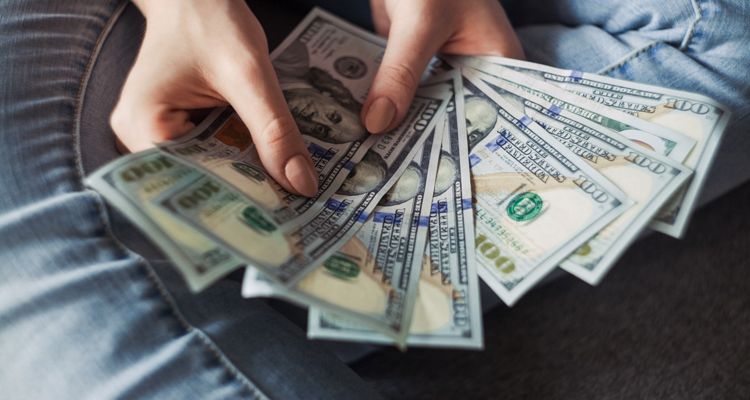 Congress has reached an agreement on a new relief package, including a $600 second stimulus check. Photo Credit: Alexander Mils

Some Americans are less-than-thrilled by the $600 second stimulus check allocated under Congress’ just-finalized relief package.

After months of back-and-forth talks (and ample deadlock), congressional leaders reached an agreement late yesterday on a new economic-relief package. Included in the almost $900 billion bill – which Congress is reportedly preparing to vote on today – is a $600 second stimulus check, as well as $15 billion for indie venues and theaters, a $300-per-week federal unemployment bonus, $25 billion in rent assistance, and more.

With lockdown restrictions still in place across much of the nation, a number of Americans stand to benefit from this second stimulus check. Service workers in major cities including New York and Los Angeles are in many instances without paychecks due to COVID-related orders. And the continued pause on concerts means that more than a few musicians and behind-the-scenes professionals lack regular compensation.

However, because of continued financial challenges, the extensive period since the last federal-assistance payment’s rollout, and the fact that this initial check was worth $1,200 (with a $500-per-dependent bonus), a sizable group of social media users are expressing frustration with the planned $600 compensation.

“The second stimulus check wouldn’t even cover my rent for 1 month. What a joke,” tweeted one individual.

“Cannot get over the fact that this second stimulus check is half a year later and even smaller than the last one,” wrote another Twitter user.

Who is eligible for the $600 second stimulus check?

Eligibility-wise, the $600 second stimulus check will have similar requirements as the first. (The stimulus bill, which spans a staggering 5,593 pages, will take a decidedly long time to scan and analyze in its entirety, however.) Americans who take home less than $75,000 per year (as well as couples that earn under a combined total of $150,000 annually) will receive $600 or $1,200, respectively.

Those whose yearly salaries exceed the amounts will receive lower payments, while individuals who earned $99,000 or more in 2019 and couples who earned $198,000 or more are unlikely to qualify for a second stimulus check.

Notably, parents will also receive $600 for each of their under-18 dependents – i.e. $2,400 for a family of four. But as was the case with the CARES Act, it doesn’t appear that college-age or senior dependents will receive a second round of assistance (nor will those who listed them as dependents on their tax returns receive the $600 dependent bonus).

When will I receive a second stimulus check?

Treasury Secretary Steven Mnuchin indicated today that he expects the second stimulus check to begin reaching recipients’ bank accounts sometime next week, shortly after the president signs the overarching $900 billion bill into law – provided that their information is on file with the IRS because they received direct deposit refunds in 2018 or 2019.

It’s unclear at this time whether those who submitted direct deposit information to the IRS for the CARES Act payment will see the $600 second stimulus check automatically transferred into their accounts.

Lastly, those who haven’t submitted their direct deposit info to the IRS can expect to receive the payment through the mail, either as a check or as a prepaid debit card. And while the process will take a longer time than direct deposit, needless to say, it may nevertheless prove quicker than it did with the initial payment, given the presence of a comprehensive distribution infrastructure.