Harry Fox Pushes Back Against Allegations In Eminem vs. Spotify Lawsuit 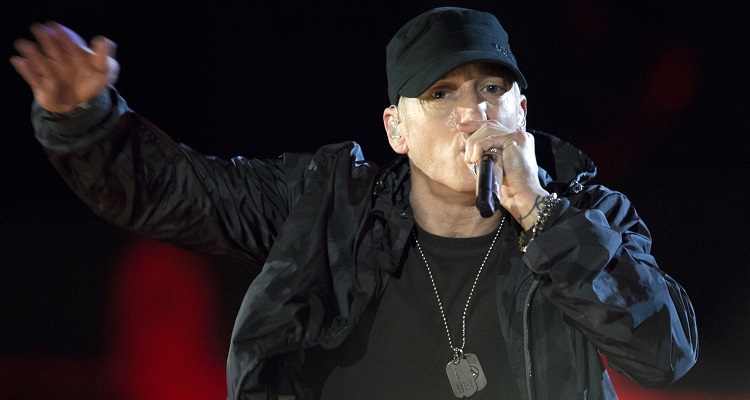 In July, as part of its unpaid-royalties lawsuit against Spotify, Eminem publisher Eight Mile Style named the Harry Fox Agency (HFA) as an additional defendant. Now, HFA has pushed back against the allegations at the center of the high-profile case.

Eminem publisher Eight Mile Style initially filed the complaint back in August of 2019, alleging that Spotify had grossly infringed upon 243 of Slim Shady’s tracks. If found guilty of willful copyright infringement, the Stockholm-based streaming service could pay a staggering $150,000 for each of the tracks outlined in the suit, or a total of $36.45 million.

Plus, Eight Mile Style is seeking a piece of the earnings that Spotify enjoyed from the allegedly infringed works – and specifically “advertising revenue and the value of the equity interest Eight Mile was deprived of by virtue of the infringement.”

Spotify has denied the allegations, stating in filings that Eight Mile Style had “received substantial royalty payments from Spotify based on that streaming” for the better part of a decade. Building upon the point, the streaming platform in June of this year continued to refute the charges while also levying a third-party complaint against Kobalt Music Publishing.

“Spotify was, in fact, licensed by Eight Mile’s agent, Kobalt, to reproduce and distribute the Compositions [the 243 songs from Eminem],” said the defendant in explaining its reasons for bringing Kobalt into the fold.

One month after Kobalt became involved in the case, Eight Mile Style added New York’s Harry Fox Agency as a defendant – and introduced an array of new charges against both it and Spotify. The two companies allegedly organized a “fraudulent scheme” as part of a larger effort to conceal Spotify’s alleged “failure to acquire timely compulsory mechanical licenses” for Eminem’s tracks, Eight Mile indicated.

And in a filing that was recently submitted to a Nashville federal court, HFA pushed back against this and other claims, besides “respectfully” moving to conduct an oral argument concerning its motion to dismiss the plaintiff’s amended complaint. Though the Blackstone Group-owned HFA “endeavored to brief the issues as fully as possible,” according to the text, the court would benefit from an oral argument due to “the complexities of the factual allegations and legal issues presented.”

“Oral argument is appropriate and would greatly aid the Court in understanding the issues and authority presented and would, thus, ultimately serve the interests of judicial efficiency and economy,” concluded the 93-year-old Harry Fox Agency.

At the time of publishing, Eminem’s publisher hadn’t commented on HFA’s request. HFA codefendant Spotify, for its part, recently patented a “spoken words analyzer” technology to classify songs with AI tools. Additionally, the streaming service is set to become available to South Korean listeners in 2021’s first half.