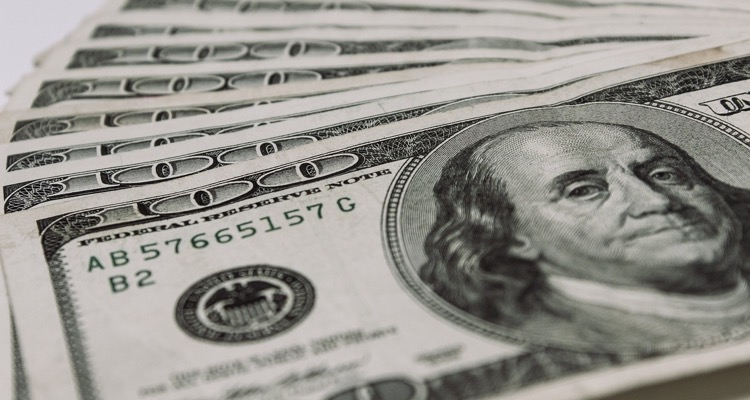 President Trump has described the $600 second stimulus checks contained in Congress’s $2.3 trillion spending and relief package as “ridiculously low,” and called on lawmakers to increase the payments to $2,000.

Following months of fruitless negotiations in Congress, the 5,593-page spending and relief bill passed through the House (359 to 53 on the stimulus package specifically) and the Senate (92 to 6) on Monday. Given the lengthy stretch separating this package and the $2.2 trillion CARES Act, however, some on social media took issue with the fact that the new payments would be worth $600 (compared to $1,200 the first time around).

Service workers in major cities like New York and Los Angeles are in many instances without regular income, owing to COVID lockdown measures. Similarly, the widespread pause on concerts and music festivals means that musicians and behind-the-scenes professionals also stand to benefit from second stimulus checks, which could begin reaching bank accounts in just days following the legislation’s becoming law, according to Treasury Secretary Steven Mnuchin.

And in addition to possible recipients’ criticism of the proposed $600 second stimulus checks, some lawmakers expressed frustration over the fact that they were unable to read the mammoth legislation in its entirety. (The full bill released just hours before Congress’s vote.)

Renewed $300 weekly federal unemployment benefits, $284 billion in new Paycheck Protection Program (PPP) capital, and $15 billion for indie venues and theaters represent some of the other provisions in the almost $900 billion stimulus package. Separately, however, the pork-laden legislation contains an abundance of provisions seemingly unrelated to pandemic relief – including a felony streaming law and the CASE Act.

In a video message, President Trump took aim at the funds that the bill earmarks for non-COVID purposes, calling on Congress to remove the elements and hike the second stimulus checks from $600 to $2,000.

“The bill they are now planning to send back to my desk is much different than anticipated. It really is a disgrace,” the president said before reciting many of the legislation’s proposed expenditures. “Despite all of this wasteful spending, and much more, the $900 billion package provides hardworking taxpayers with only $600 each in relief pay.

“I am asking Congress to amend this bill and increase the ridiculously low $600 to $2,000,” continued President Trump, “or $4,000 for a couple. I am also asking Congress to immediately get rid of the wasteful and unnecessary items from this legislation.”

At the time of this piece’s writing, Senate Leader Mitch McConnell hadn’t taken to social media to comment on the president’s call for changes – and substantially larger second stimulus checks – in the relief legislation. House Speaker Nancy Pelosi indicated in a tweet, however, that “Democrats are ready to bring this [$2,000 stimulus check legislation] to the Floor this week by unanimous consent.”

Eligibility-wise, second stimulus checks will have similar requirements as the $1,200 initial stimulus check, with most individuals who earn less than $75,000 per year (as well as most couples that earn a combined total of less than $150,000 annually) receiving the full amount.

Parents would receive additional payments for their under-18 dependents, but as with the first check, it doesn’t appear that this compensation would reach adults (including college students and seniors) who were declared as dependents in 2019 tax filings.