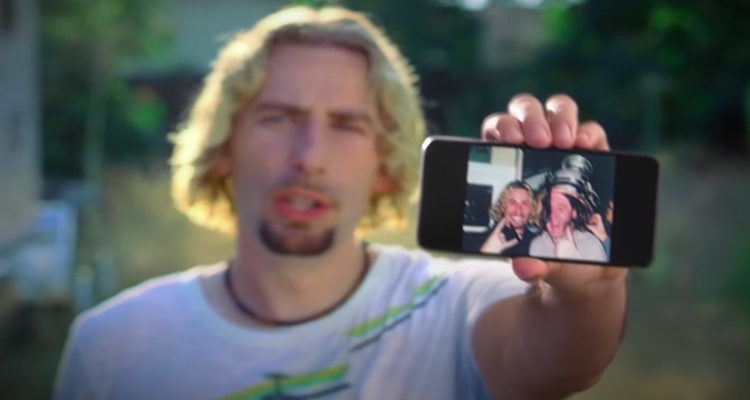 Google is tapping into the meme status of Nickelback’s ‘Photograph’ song to advertise Google Photos.

The band has recorded a new parody version of their classic song. It’s a one-minute listen of what a Weird Al Nickelback parody may have sounded like. Fun fact, Weird Al asked for and received permission to parody the Canadian rock band, but it never happened. Nevertheless, the parody master thanked the band for their permission on his Straight Outta Lynwood album.

“Photograph” was originally released back in August 2005 as the single from their fifth studio album. It topped multiple charts in the US when it released. In later years, the music video featuring frontman Chad Kroeger holding a photograph has become a meme online. Google is tapping into that meme-worthy status to create the parody ad. Take a peek at the new lyrics for the song.

And this is where we come from
These matching suits look pretty dumb.

Falling down the photo rabbit hole
Is it my hair or just a ramen bowl.

Every memory, regretting all my hairstyles
If you wove it all together, it would go for miles.
It’s hard to braid it; time to shave it.
Good-bye / Highlights

Every memory we never have to look for
They no longer have to spread out on the
bedroom floor
It’s time to say it, gotta say it
Good times, good times

Look at this photograph
Every time I do, it makes me laugh.

Nickelback is celebrating the 15th anniversary of the song with the Google Photos parody.

“Fifteen years ago, we had no idea that the photos on our mobile devices would become such a ubiquitous part of all of our lives,” frontman Chad Kroeger says. “When Google approached us with the idea about marrying the song with Google Photos, we felt like it would be a fun and nostalgic way to give the song a lyrics refresh and share some of our favorite memories.”

Check out the new Google Photos ad featuring the Nickelback parody “Photograph” below.

It’s a pretty good parody that works with the product’s name and features. Google is always offering flip books of old photographs for sale – which could receive a boost from this campaign.