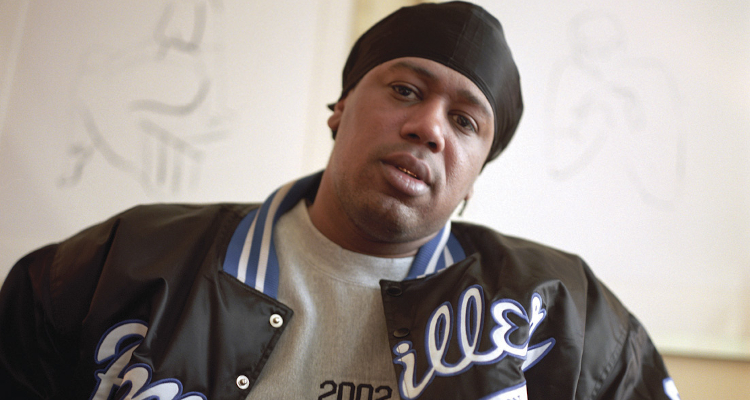 Master P, whose full name is Percy Miller, recently confirmed to ESPN that he and Baron Davis are engaged in negotiations to acquire Reebok, which Adidas bought for $3.8 billion in 2005. Worth noting is that Miller had a pre-season contract with the Charlotte Hornets in 1998. The Hornets drafted Baron Davis in 1999, and he helped lead the team to the playoffs for three consecutive seasons.

“These companies have been benefiting off us, this could be history for this company [Reebok] going Black-owned,” the New Orleans native and No Limit Records founder Master P told ESPN.

Separately, Forbes indicated that the possible buyout could be worth $2.4 billion, and Miller relayed that he and Davis are “prepared financially” to close the sizable transaction. At the time of this piece’s publishing, however, Adidas reps hadn’t commented publicly on the potential deal. But in a tweet, Master P appeared to weigh in on the reported buyout – albeit without explicitly mentioning Reebok, which partnered with Spotify in September to release the Zig Kinetica Undersounds.

“Went from doing million dollar deals, to billion dollar deals! #Godisgood Took a page out of Reginald Lewis’ book, buying major companies to put money back in our communities and to give our people opportunities. This is only the beginning!” penned the 53-year-old Miller, who has released 15 studio albums.

In a follow-up message, published just a minute after the latter post, Master P seemed to suggest that the Reebok purchase agreement is far from finalized.

“But definitely one of many deals we have on the table. @barondavis They can’t beat us, so they might as well join us. Our mission is to open the doors for other minority entrepreneurs so they know it’s possible 2get a seat at the table,” he wrote.

At the end of the tweet, Miller plugged his two-year-old Moneyatti company, which sells high-end shoes and clothing. Based upon his experience at the helm of Moneyatti as well as his broad knowledge of both sports and music, it’ll be interesting to see whether Master P can close the Reebok deal and bolster the 125-year-old company’s reach and sales.

Several high-profile agreements and especially noteworthy figures have reiterated the earning potential associated with footwear lines, for prominent musicians. Forbes suggested about one month back that Travis Scott pulls down “around $10 million” per year for his shoe-centered Nike partnership.

Building upon the immense success of his Yeezy shoes, Kanye West struck a decade-long contract with Gap in June, centering on an exclusive clothing line (but not Yeezy sneakers). And closer to 2020’s start, J. Cole inked a multiyear sponsorship deal with Puma. The partnership kicked off with the Sky Dreamer, an updated version of the Sky LX shoes worn by many basketball players during the 1980s.