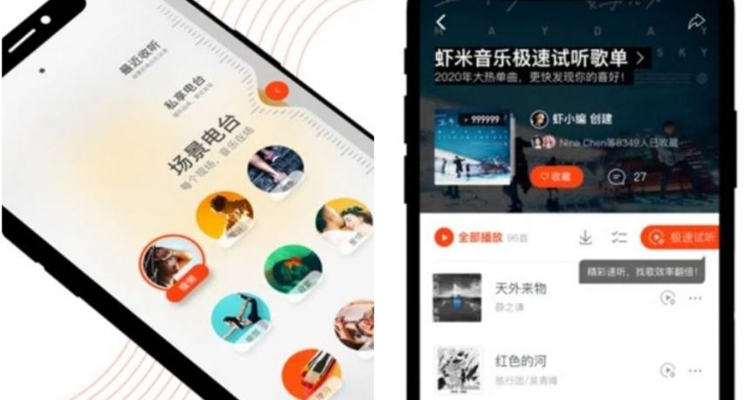 The Xiami Music app is shutting down inside China after more than 12 years of operation.

Xiami was acquired by Alibaba in 2013, but now the app will cease its streaming service. The name Xiami means ‘small shrimp’ in Chinese, and it’s geared at helping indie musicians find new fans. The app’s decline began as music rights began heating up inside China.

The music rights battle in China started in 2016 when Tencent bought a majority stake in China Music Group. That stake brought Tencent exclusive music deals and shut out smaller rivals like Xiami. By 2017, Tencent’s music apps control around 75% of China’s music streaming market.

Alibaba appointed two industry veterans in 2015 to steer its music strategy. But those execs ignored the growing Xiami in favor of Alibaba Planet, a platform to build artist-fan relationships. However, Alibaba Planet never took off, while rivals like NetEase Music continue to soldier on.

Xiami’s best English analogous service would probably be Bandcamp. Bandcamp helps give any artist a platform to help music lovers find them. Bandcamp’s focus on physical sales like vinyl and cassettes have taken off during the pandemic.

The Alibaba Group notice to users said Xiami Music would cease operations due to “business development-related adjustments.” The message thanked its legion of fans for their 12 years of dedication to the music streaming service. “After 12 years of being together, it’s hard to say goodbye,” the message reads.

The move may also be part of China’s increasing regulatory scrutiny of Alibaba. The conglomerate’s co-founder Jack Ma is rumored to be missing after he has not made any public appearances for more than two months. Xiami only holds around 1.8% market share in China, with around 11.9 million active monthly users.

“We can’t ignore that we missed some key opportunities in our development process,” Xiami staff wrote in their goodbye letter. “The failure to meet the diverse needs of our users when it came to obtaining music content copyrights is our biggest regret.”