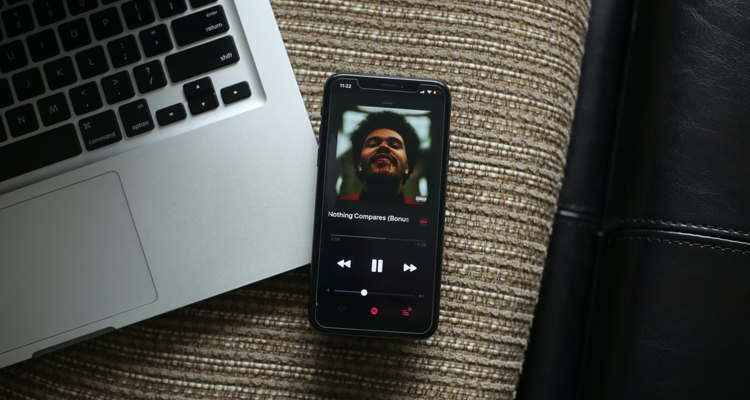 It’s hard to estimate how much the service has grown since then, thanks to Apple’s subscription bundling. However, some analysts believe Apple Music could be nearing 100 million subscribers.

If the 100 million subscriber milestone is coming soon, Apple Music may make a bigger deal of it.

Apple Music got a bit of a facelift in 2020 with several new features, including Listen Now. The Apple Music search feature also got an overhaul to make it easier to search songs by lyrics. Apple says 90% of iOS 14 listeners have engaged with the new features. Engagement with lyrics on Apple Music has also doubled in 2020 – partly thanks to its Genius partnership.

“Apple Music had a record year as people around the world spent more time discovering and engaging with music,” Apple’s wrap-up begins. “The service released its biggest product update ever with features like Listen Now, an all-new Search, personal radio stations, and Autoplay. Nearly 90% of iOS 14 listeners have used these new features, and engagement with Apple Music’s industry-leading lyrics feature has doubled since 2020.”

Apple also attributes its record year to the increase in personalized radio stations.

“New Apple Music radio stations, including Apple Music Hits and Apple Music Country, coupled with Apple Music 1, delivered a diverse, global radio experience to tens of millions of listeners with all-new, original shows from the most beloved artists and well-respected hosts in the business,” the release continues.

Apple also made a big deal about its upcoming App Store Small Business Program. The program allows small businesses to join and pay a smaller commission fee (15% vs. 30%) to Apple. The new service is only available to small businesses that earn less than $1 million per year on the App Store.

Apple devised the program to undermine Epic Games and Spotify’s battle against the Apple Tax. Both companies founded the Coalition for App Fairness to attempt to lure small business owners to their side.

Both companies are fighting against the 30% Apple Tax enacted on their subscription models. Epic Games even went so far as to break its terms of service with Apple, resulting in Fortnite’s removal from the App Store.