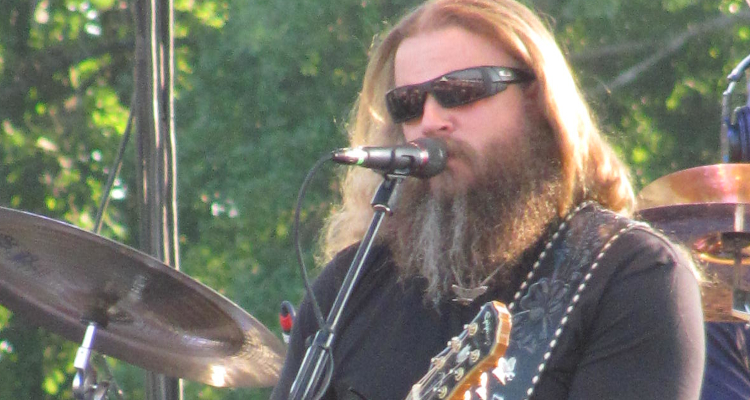 Artists and “longtime friends” Jamey Johnson and Randy Houser have announced a 13-date “Country Cadillac Tour,” which will take them across Texas, Alabama, Florida, Georgia, and South Carolina.

Jamey Johnson and Randy Houser are set to kick off their Country Cadillac Tour on Friday, February 5th, at Billy Bob’s in Fort Worth, Texas. This and each of the 12 other acoustic shows – two gigs in Mobile, Atlanta, Myrtle Beach, New Braunfels, as well as once-off performances in Orlando and Huntsville – “will be socially distanced and include other safety protocols,” Live Nation specified in a formal release.

“More shows are being announced due to popular demand,” the Ticketmaster parent company also noted of the Country Cadillac Tour, which is currently slated to wrap in Birmingham on April 17th. In addition to delivering joint sets, Jamey Johnson and Randy Houser will “swap stories, jokes and songs,” the text indicates, in what will be their first time sharing the stage since Farm Aid 2019.

Country Cadillac Tour tickets are scheduled to go on sale this Friday, January 15th, at 10 AM local time (following the release of presale passes at 10 AM local time on January 13th). Mississippi native and “How Country Feels” artist Randy Houser stated on social media that “limited seats will be available” to the socially distanced happenings. Alabama-born Jamey Johnson also promoted the tour in a tweet.

Contrasting Johnson and Houser’s coming concert series, The 1975 today canceled their 2021 tour stops, including a July gig at London’s Finsbury Park, due to COVID-19 concerns. These varying approaches to resuming performances (including those that are socially distanced, an array of drive-in concerts among them) appear poised to continue making headlines in the coming weeks and months, as artists decide when (and whether) they feel comfortable entertaining audiences once again.

With the COVID-19 vaccine rollout proceeding, most promoters and live event professionals appear to be banking on concerts’ gradual return in 2021, ahead of a full-scale comeback towards summer. And needless to say, a multitude of venues, musicians, and behind-the-scenes professionals stand to benefit financially from the reemergence of live music.

Margin Walker Presents, the largest independent concert promoter in Texas, was forced to close its doors about one month back, due to “the uncertainty and lack of resources” in the live event space. The North American concert sphere suffered multibillion-dollar losses in 2020, according to Pollstar’s yearend analysis, and LIVE relayed in a report that the British live music industry will have lost nearly 170,000 jobs by 2020’s end.