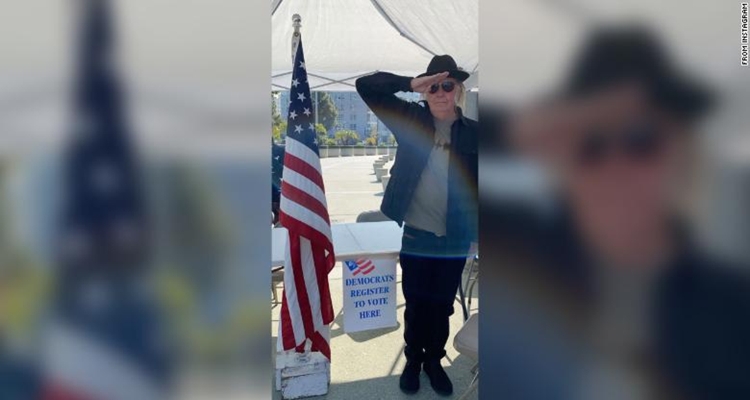 Neil Young says the Capitol Hill rioters deserve empathy for being betrayed and mislead, while calling for ‘discussion and solutions’ instead of hatred.

Young recently posted a message on his website, calling for unity among the division. “Sadness and compassion hit me last night as I watched fellow Americans telling their stories,” Young writes on his website. “A young lady in tears spoke of being maced in the Capital [sic].”

“She was crying because she had been attacked, and all she was doing was trying to have her voice heard in this Revolution. She was one of the thousands who have been carrying the feelings of being persecuted for their beliefs, their feeling that American power just didn’t care.”

“This to me is beyond my own feelings that our president has betrayed people, exaggerated and amplified the truth to foment hatred,” Young continues. “Resentment of the Democratic party among the insurrectionists at the Capitol was rampant. We don’t need this hate. We need discussion and solutions. Respect for one another’s beliefs. Not hatred.”

Also shared in the message is the double-standard BLM rioters faced against police. “I was devastated to see the double standard,” Young says. “The way people were treated in the BLM demonstrations recently, compared to the other day. There is no place here for White Supremacy. People need each other to be truly free. Hatred will never find Freedom.”

“I still have my strong beliefs,” Neil Young comments. He was a vocal opponent against Donald Trump for most of his presidency.

Young even went so far as to sue Trump to stop him from using his music at campaign rallies and other events. “That has not changed. But now I feel empathy for the people who have been so manipulated and had their beliefs used as political weapons. I may be among them,” he says.

“I wish internet news was two-sided. Both sides represented on the same programs. Social media, at the hands of powerful people – influencers, amplifying lies and untruths, is crippling our belief system, turning us against one another. We are not enemies. We must find a way home.”

Neil Young’s message of unity may surprise anyone paying attention. He’s been at the forefront of pointing out Trump’s hypocrisy ever since becoming a dual American-Canadian citizen.

Young’s calls for peace and empathy for rioters are being met with harsh resistance on social media, though. Many people feel the insurrectionists who attacked the Capitol, and endangered lawmakers should be punished to the law’s full extent.