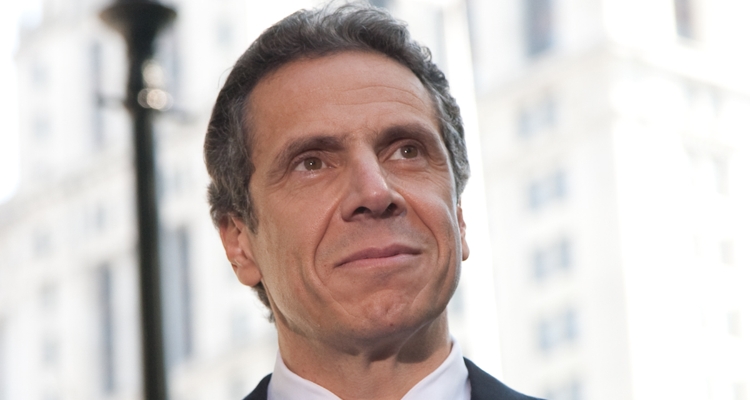 This past weekend, Dr. Anthony Fauci — the top infectious disease expert in the U.S. — painted a far different picture. Fauci believes theaters and concerts may return sometime this fall after 70% of the population receives a COVID-19 vaccine. But in a press conference earlier today, Cuomo envisioned a faster return with rapid testing protocols in place.

The high-level disconnect is sadly typical during this pandemic, though the possibility of faster re-openings is undoubtedly encouraging. Cuomo says large-scale rapid testing will be crucial to getting outdoor events back to normal. The governor used the recent Buffalo Bills game as an example, with 6,700 spectators in attendance. Despite lauding those efforts, Cuomo’s plans for putting rapid testing in place were not detailed.

Cuomo did reveal that his plan involves a partnership with the real estate industry to open rapid testing sites. “Almost no one has been hurt more by COVID than our artists,” Cuomo comments on concerts being closed during this past year. “We cannot wait until summer to turn the lights back on.”

Cuomo’s government has attempted to prohibit musicians from performing at ticketed events, though artists legally fought back for that right. But that victory remains moot with large blocks of the state and New York City on lockdown and many indoor venues facing imminent shutdown.

Still, some outdoor events are already planned for February, with the help of several organizations. As reported by the Gothamist:

“The state’s New York Arts Revival will be a public/private partnership with a mission of bringing the arts back through pop-up performances and events, set to begin in early February and featuring the likes of Wynton Marsalis, Amy Schumer, and Chris Rock.”

“Outdoor sites in the city and across the state, including in state parks and properties like the Park Avenue Armory, St. Ann’s Warehouse, and the Queens Theater will be a part of the effort, which will culminate with two landmark events – the opening of Little Island at Pier 55, and the 20th anniversary of Tribeca Film Festival in June.”

New York State will also begin testing pilot events in larger indoor spaces, which may serve as a model for re-opening. Dr. Fauci says the industry should look to a German study for determining risks while re-opening. That study concluded that the risk of re-opening indoor events is very low with improvements to air ventilation systems.

Scientists in that study gave attendees face masks, fluorescent hand gel to track their movements, and transmitters to see how people moved through the crowds. Sounds promising, though Dr. Fauci reiterated that around 70-85% of the population will need the COVID-19 vaccine for herd immunity to begin to take effect.