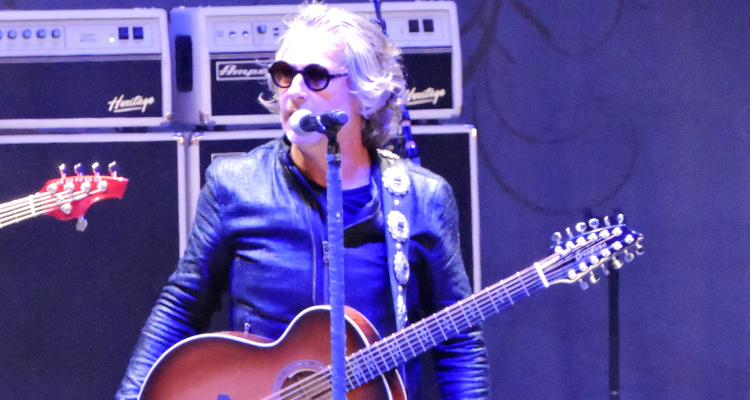 Round Hill Music has acquired the back catalog of Atlanta-based rock band Collective Soul, in addition to inking a futures agreement with the group’s founder, lead singer, and chief songwriter, Ed Roland.

Round Hill Music recently unveiled the catalog acquisition – one of many such deals that have come to fruition during 2021’s opening three weeks – in a formal release. This announcement didn’t disclose the financial specifics of the transaction, but the agreement covers each of the 10 studio albums that Collective Soul has released to date, including the five-piece act’s 1993 debut effort, Hints Allegations and Things Left Unsaid, and 2019’s Blood.

In terms of the futures portion of the deal, it bears mentioning that Ed Roland also releases music with The Sweet Tea Project. Plus, the 57-year-old specified in a statement that based upon the quality of Blood, on which he penned all 10 tracks, he believes that strong projects are forthcoming from Collective Soul.

“I think Blood is the beginning of a lot of good music to come,” said the Stockbridge, Georgia-born Ed Roland. “We’re doing the best that we can do. Blood is an accumulation of all the different styles we’ve used over the years — but it’s still Collective Soul. I think it’s the best we’ve ever done.”

Round Hill CEO Josh Gruss, for his part, said of the catalog buyout: “Collective Soul are staples of American radio. I dare someone to travel the U.S. for a week with ears perked up, and NOT hear one of their songs. I am very happy to have gotten to know Ed personally over the last year.”

Having raised over $280 million in November to acquire music IP, Round Hill announced eight days back that it had purchased the catalog of veteran songwriter and longtime Bryan Adams collaborator Jim Vallance. Adams’ “Summer of 69” and Alice Cooper’s “Die for You” are among the hundreds of tracks that the Chilliwack, British Columbia, native Vallance has penned to date.

Moreover, Hipgnosis has continued to snag catalogs at a breakneck speed in the new year, including securing 100 percent of Shakira’s 145-song catalog, the 161-track catalog of former Fleetwood Mac guitarist Lindsey Buckingham, and the 259-song catalog of production mainstay and Beats by Dre cofounder Jimmy Iovine.

Aside from deals closed by Hipgnosis and Round Hill, BMG purchased the more than 300-track recorded catalog of Fleetwood Mac cofounder and drummer Mick Fleetwood earlier this month, while Eldridge Industries made its first music-IP play in November of 2020, picking up The Killers’ entire publishing catalog (excepting 2020’s Imploding the Mirage).

Less than one month thereafter, Primary Wave announced that it had bought a majority stake (reportedly for north of $100 million) in the publishing catalog of Fleetwood Mac vocalist and songwriter Stevie Nicks.