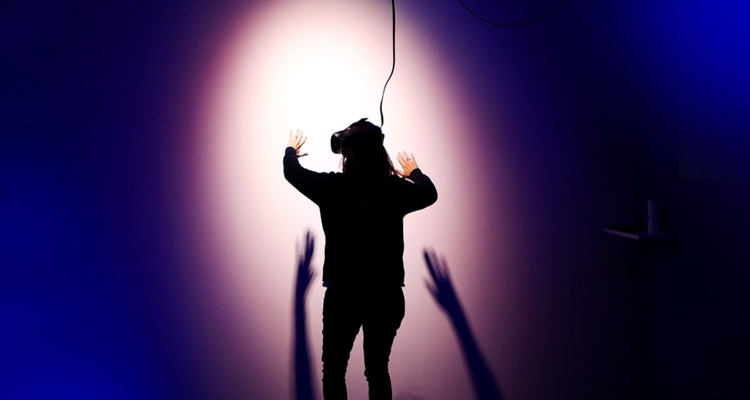 That’s after the company raised $30 million from investors like Scooter Braun back in June. CEO Adam Arrigo explained the company’s decision to shutter its VR app on Twitter.

“Two years ago, we pivoted out of VR into gaming and live-streaming, as the VR industry didn’t develop as quickly as we’d hoped,” Arrigo writes. “Artists need audiences to thrive, and we realized VR just wasn’t there yet, and there was a bigger opportunity for artists outside headsets.”

The Wave VR offered virtual reality concerts for both the Steam and Oculus platforms. But adoption of VR technology has been slow, partly because of how expensive it remains. Facebook introduced the Oculus Quest 2 as a standalone VR experience that requires no costly PC hardware. But it still costs $399, more expensive than the Nintendo Switch and other last-gen consoles.

Arrigo says due to the slow adoption of VR tech, development slowed to a snail’s pace.

“As much as we’d love to, we aren’t able to spend the resources to build a new backend pipeline since we are already spread so thin trying to accomplish our current set of non-VR objectives,” Arrigo continues on Twitter.

“We are still a relatively small startup. The hardest part of running a startup is choosing what to focus on, which has led us to the difficult decision to sunset The Wave VR app on Steam and Oculus.”

Virtual reality concerts were once hailed as the future for live experiences. The industry hasn’t been able to overcome the high barrier for entry, though.

Spatial audio may be one of the defining factors that helps increase consumer demand. It’s a relatively new technology that Apple has embraced with the release of the AirPods Max. Sony is also working on its own spatial audio tech for its headsets and the PlayStation 5. Spatial audio is an important part of bringing a VR concert to life and making the listener feel as though they’re in the live audience.

While Wave is pausing its VR app, it’s not out of the live-streamed concert business. Recently, The Weeknd teamed up with Wave for a TikTok LIVE concert, reaching over two million viewers.