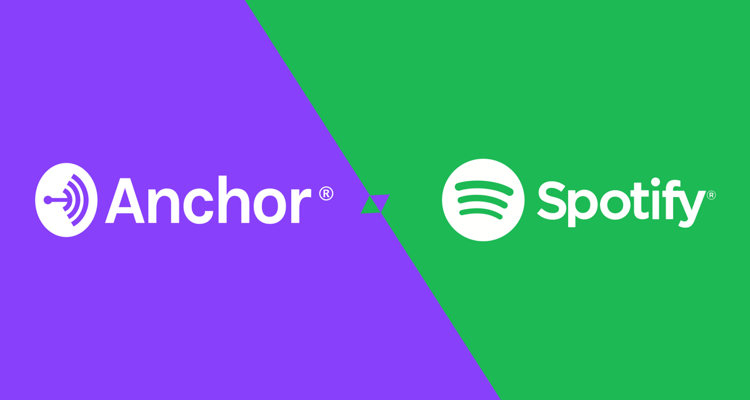 Spotify reportedly paid $154 million for Anchor in February 2019. The podcast creation tool was part of its three-pronged strategy to expand its podcasting presence. While acquisitions like Gimlet Media and Parcast bring established shows, Spotify hoped Anchor would attract indie podcasters to the platform.

Now, a new investigative report conducted by The Verge suggests that Spotify is paying for Anchor sponsorships. The Verge talked to several podcasters who use Anchor to create their shows. Those conversations — including one with John Newman of Sports Card Nation — revealed that Anchor is the main sponsor of most of those shows.

“Newman says over the course of two and a half years on [Anchor], he’s had only three sponsors. Anchor, Pocket Casts, and a company called The Black Tux,” the report reveals. Pocket Casts is another podcasting app that didn’t even pay for its sponsorship, according to sources.

“Newman says both the Pocket Casts and Black Tux sponsorship lasted less than a month and netted him no more than $50 total. Anchor, on the other hand, has paid him around $2,500 to advertise its own service,” Newman says.

The Verge spoke with nine other podcasters who use the Anchor service. They confirmed the same thing. Anchor’s sponsorship feature seems to be severely lacking in actual sponsors outside of Anchor and Spotify. Three people interviewed confirmed that Spotify and Anchor had paid them thousands. Three others said they’re exploring alternatives to Anchor because they’re not receiving new sponsorships.

Anchor launched in November of 2018, just four months before Spotify bought it for $154 million. Anchor’s sponsorships tool is supposed to work a lot like YouTube ads, matching advertisers to content. But that grand vision of connecting podcasters with paying sponsorships may be dying. Most podcasters using the service confirm that Anchor itself was their first sponsor. Anchor pays $15 for every 1,000 people the podcast reached.

Those paying Anchor sponsorships dried up at the end of 2020, with no renewal deal.

Several podcasters say they were cut off entirely, while Newman’s deal was reactivated at a lower CPM. That means Anchor wasn’t comfortable continuing the $15 per 1,000 listens arrangement it established. So while Spotify’s efforts in acquiring new content are paying off, its efforts to attract indie podcasters may be failing.

Spotify bought Megaphone in November 2020. It’s a podcast hosting company that caters to larger shows, rather than out of your bedroom podcasts. It also charges both publishers and advertisers a premium to use its advertiser marketplace. Megaphone only offers its services to shows or networks with 20,000+ listeners per episode – a higher barrier for entry than Anchor.