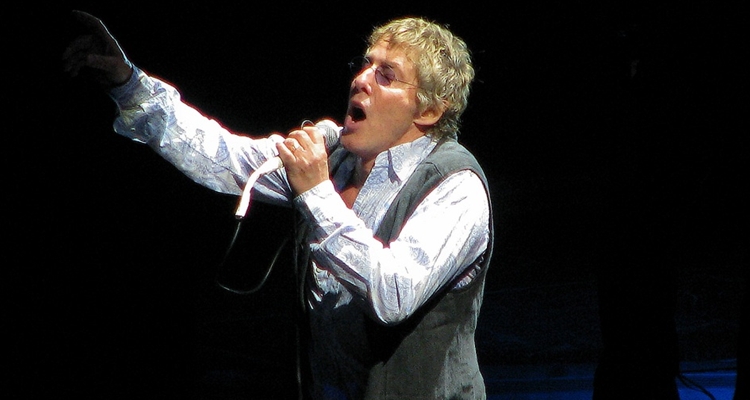 The Who’s Roger Daltrey has signed a petition to fix EU touring restrictions imposed by Brexit. Daltrey was an outspoken supporter of the Brexit campaign.

Now he’s facing calls of hypocrisy from fans who are upset that Daltrey is fence-sitting. The Who frontman previously spoke in favor of Brexit before all the details were hashed out. He’s now one of 100 artist signatures on a letter to the Government criticizing the deal. The main issue for artists is the lack of visa-free travel imposed by the split.

The letter says Britain is ‘shamefully failed‘ by the post-Brexit travel rules. It calls on the government to revise these rules to negotiate paperwork-free travel between Britain and the EU. That Roger Daltrey now supports a petition to reverse some of the Brexit decisions is ironic.

In an interview with Sky News back in 2019, he was asked if he thought it would be bad for British rock music. Daltrey scoffed at the notion, saying bluntly, “No. What’s it got to do with the rock business. How are you going to tour in Europe? Oh dear, as if we didn’t tour in Europe before the f**king EU. Oh give it up!” he told the interviewer.

Roger Daltrey continued his pro-Brexit rant, comparing it to preferring mafia rule. “If you want to be signed up to be ruled by a f**king mafia, you do it. Like being governed by FIFA.” Now fans are dredging up that old video to point his hypocrisy, suggesting he wants special treatment now that it affects him.

“I agree it’s a terrible deal for musicians, but Roger Daltrey has some front putting his name to it given he was foaming at the mouth with ‘we toured before the EU existed’ in 2019,” writes one fan on Twitter. Another clapped back with a poignant observation.

“I’m old enough to remember when Roger Daltrey wholeheartedly supported Brexit and didn’t think it would have any impact whatsoever on the British music industry,” a fan writes on Twitter.

That impact has been severely understated by the British Government, now that 2021 is here. Despite the backlash from fans, Daltrey says he’s sticking by his views. When asked about the response online to his signing the petition, his response:

“I have not changed my opinion on the EU. I’m glad to be free of Brussels, not Europe. I would have preferred reform, which was asked for by us before the referendum and was turned down by the then president of the EU. I do think our government should have made the easing of restrictions for musicians and actors a higher priority,” Daltrey says.

“Every tour, individual actors and musicians should be treated as any other ‘goods’ at the point of entry to the EU with one set of paperwork. Switzerland has borders with five EU countries, and trade is electronically frictionless. Why not us?” Daltrey asks.