The Top 1% of Podcasts Receive 99% of Downloads, Report Reveals 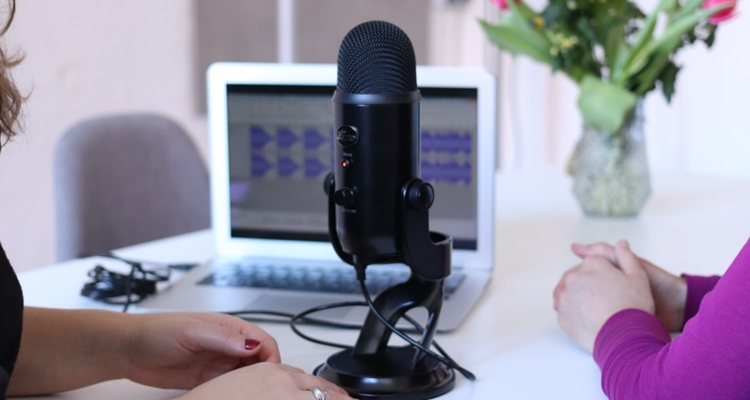 A new report highlights that only 1% of podcasts receive 99% of download distribution.

The Axios report shows that only big players can make meaningful revenue from podcasts. It’s why music streaming giants like Spotify, Apple Music, and Amazon are snapping up established podcast producers. Gimlet Media, Wondery, and Parcast are all now owned by one of these companies.

One reason why it’s so hard to break out in podcasting is that there’s no ubiquitous platform. Some podcast listeners prefer dedicated apps like Pocket Casts. Others are comfortable listening to whatever Spotify serves up in the podcast category.

Instead, building up an audience through slow organic growth is how indie podcasts become established. “It’s very rare that someone hits the lottery and hits top 1% status,” says Buzzsprout co-founder Marshall Brown. “For most podcasters, it’s a lot more about slow, gradual growth.” 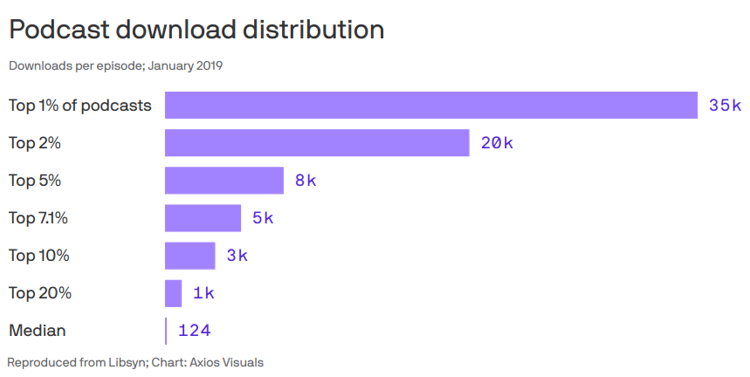 Podcasts were built to be decentralized from the start through RSS feeds. But as more companies like Spotify snap up popular podcasts, that is changing. Spotify uses ‘streaming ad insertion‘ to place host and voice-talent read ads. Meanwhile, other companies are recording radio-like ads for podcasts. Neither approach has won out as the de-facto way to monetize podcasts – yet.

That’s because the podcasting industry is still a tiny blip on the radar of advertisers. But not for long.

The podcasting industry as a whole only brings in less than $1 billion in ad revenue, reaching around 90 million people each month. That’s according to Edison Research. But that doesn’t mean that podcasts can’t be lucrative for big names.

The New York Times podcast division brought in around $30 million in revenue in 2019. Vox Media’s podcast holdings are rumored to be worth eight-figures. Meanwhile, Spotify likely paid Joe Rogan upwards of $100 million for an exclusivity deal.

Spotify’s end-to-end podcast ecosystem has cost it a pretty penny since acquisitions started in 2019. It’s even rumored that Spotify is paying thousands of dollars to subsidize advertising on Anchor – a podcasting platform it bought.

But that big gamble may pay off in the future, as podcasting advertising revenue is expected to grow a whopping 1,478% over the next three years. That’s massive growth compared to advertising on the Internet, radio, and TV.