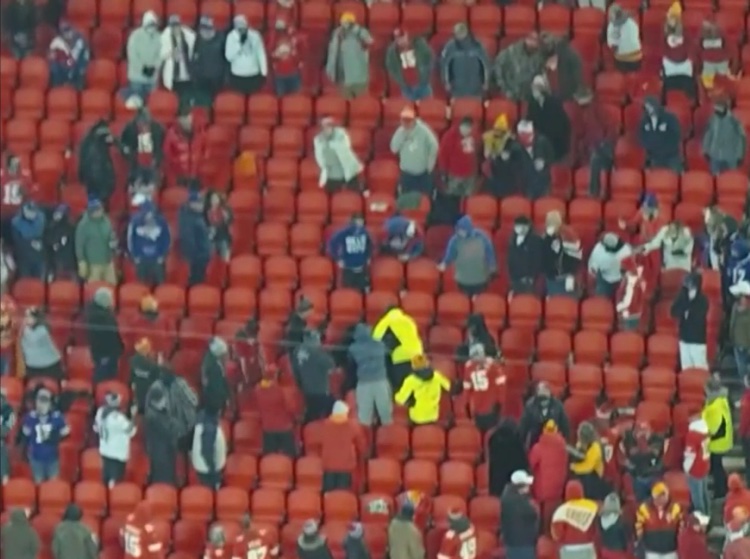 Singer, rapper, actor and all-around multi-hyphenate Trey Songz is now in legal hot water following an ugly incident at Arrowhead Stadium in Kansas City. According to new details emerging this morning, the issue started when Trey (aka Tremaine Aldon Neverson) refused to wear despite strict protocols and distancing guidelines imposed by Arrowhead Stadium, where the Kansas City Chiefs defended their AFC crown against the Buffalo Bills on January 24th.

Initially, footage released by TMZ showed Neverson getting tackled by security and police for reasons that were unclear. TMZ reported that Trey Songz was getting heckled at the game and was merely responding to the taunts, while being unfairly targeted. But subsequent footage released by the Kansas City Police Department (see below) reveals that the singer was adamantly refusing to wear a mask, and continuing to breach COVID-19 protocols despite multiple warnings and visits from stadium security officers.

Those refusals drew rebuke from nearby fans, based on concerns over health and safety. More broadly, the NFL has struggled to integrate fans back into the live-game experience, with dramatically reduced crowd sizes and strict safety protocols. Unlike the NBA, which has managed to keep players in a fan-free ‘bubble,’ the NFL has far more players, coaches, and staff to deal with — not to mention dramatically larger audience sizes.

After the Kansas City PD arrives, the singer is seen punching the officer in the face before attempting to place the officer in a headlock. After continued attempts to remove Neverson from the stadium, a resulting scuffle ensued; the singer has now been charged with attacking a police officer, which is a felony.

The incident follows earlier COVID-19 safety violations by Trey Songz. At this point, it does not appear that Neverson ever put on a mask. Songz has been released after a brief detention, and no charges have been filed, according to Jackson County Sheriff Darryl Forté.