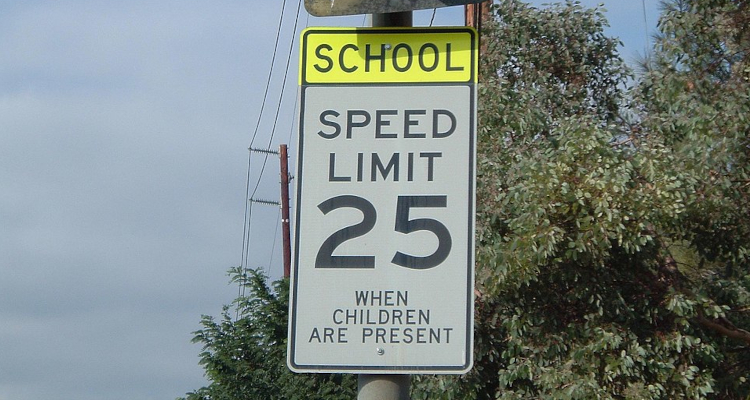 Spotify is officially testing a new system that utilizes GPS technology to play “slow down” songs as on-road listeners approach and drive through school zones.

The Australian Road Safety Foundation (ARSF) recently announced the “Slow Down Songs campaign” – and its partnership with Spotify – in a formal release as well as a brief video. Per ARSF, Queensland-based artists including The Jungle Giants, Shag Rock, and Caitlyn Shadbolt “donated” tracks for the initiative, which kicked off in Brisbane yesterday but will run throughout Queensland.

Local reports have identified the total number of slow-down tracks as 10, but the release doesn’t pinpoint a precise figure. Nevertheless, Spotify will insert one of the “dramatically” slowed songs as well as “road safety messages” into the playlist that a listener is enjoying when he or she is within about 3.1 miles (five kilometers) of a school zone. The insertion happens after the current song finishes playing; the announcement message is silent about whether the system extends into other song collections like albums.

More than a few Australians have noted in the local reports’ comments sections that their homes are less than three miles away from schools – and, as a result, school zones. The aforementioned release doesn’t specify an exception from the Slow Down Songs campaign for these individuals, or a means of skipping the tracks.

Importantly, in terms of the latter point, the safety-minded effort won’t disrupt premium Spotify users’ listening experiences; the slowed-down songs are set to play solely on ad-supported Spotify accounts. In turn, it’s unclear how many would-be speeders the campaign will reach.

As of 2020’s third quarter, just 19 percent of Spotify’s 320 million monthly active users (MAUs) – about 61 million persons – resided outside of North America, Latin America, and Europe. Australia is home to about 25.36 million people, roughly five million of whom live in Queensland. Brisbane, Queensland’s capital, is second to only Melbourne and Sydney in citywide population, with approximately 2.5 million residents.

And after accounting for premium users – who pay $8.55 per month for an ad-free Spotify experience, to $9.99 per month stateside – in the latter total, the Slow Down Songs campaign will of course have to adjust for fans who don’t typically use the service while driving, don’t often approach or pass through school zones, and/or prefer to enjoy podcasts while behind the wheel.