The Charlatans’ Tim Burgess on Streaming: “If a Whole Generation of Musicians Goes to the Wall, No One Wins.” 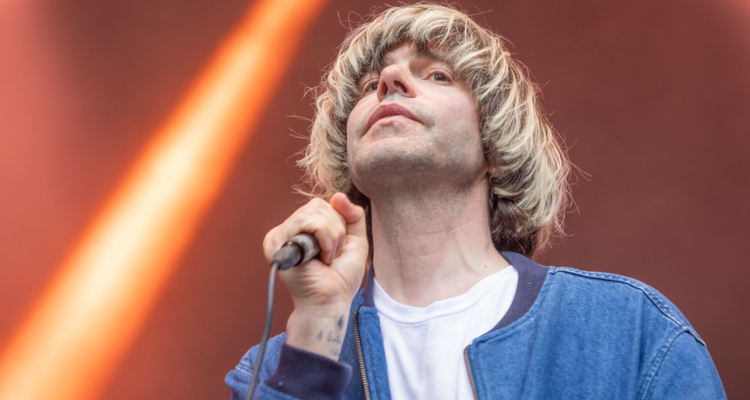 In a newly published guest column, The Charlatans lead singer Tim Burgess took aim at the contemporary music-streaming landscape and expressed a willingness to use “the pandemic as an opportunity to look again at how things are working in the industry.”

Tim Burgess, who joined The Charlatans back in 1989, also touched on a number of other interesting points in the approximately 1,200-word-long piece, which The Guardian published today. After highlighting the pre-pandemic financial challenges associated with being a musician – “For years, so many musicians have had to have more than one job to pay their rent” – the 53-year-old suggested that streaming may have exacerbated the difficulties facing the music community because of the pause on touring.

“But there’s a third ingredient to our woes, and it’s the reason why we are potentially so vulnerable to the end of touring. Yes, experiencing the beautiful world of live performances, being satisfied each night by the adulation, applause and associated merchandise sales, has its own strong appeal,” continued the Salford-born creator.

“But for most of the history of pop music, it hasn’t been the whole story. Recorded music was what helped keep artists afloat – giving people the opportunity to listen in the comfort of their own home, or on the dancefloor, or out for a walk with their headphones on.”

Building upon the point, Tim Burgess expressed the above-mentioned willingness to reflect upon the music industry – including its current trends and long-term outlook – amid the pandemic. “It isn’t a selfish act of demanding more for ourselves,” he penned of this reflection. “It’s about tidying up the mess so that musicians have a chance in the future, so that their work can be valued and more names can be added to the list of artists that this country has proudly produced since the very first recordings were made.”

Then, acknowledging some relative bright spots – the British music industry’s solid commercial performance, continued vinyl-sales growth, and more – the I Love the New Sky artist stated: “There’s hope and excitement in the gloom, but there’s also an elephant in the gloom. That elephant’s name is streaming.”

Though a substantial number of UK residents (and international music fans, for that matter) stream music via subscription services, however, the per-stream royalty rate remains decidedly low for most artists. Burgess cited “Cars” singer, songwriter, and producer Gary Numan’s recent statements concerning his royalties, as well as the British government’s ongoing investigation into streaming. As part of the latter, singer-songwriter Nadine Shah specified that she struggles to pay her rent, despite having more than 100,000 Spotify listeners.

“The thing is, streaming has taught us that people are willing to pay for music. Spotify had total revenues of $7.4bn in 2019. A lot of that money goes to major labels rather than directly to artists, so they’re part of the equation too,” proceeded Burgess. “With everything else on hold, we have time to sort it, right? If a whole generation of musicians goes to the wall, no one wins. And let me tell you, when we fix it there’ll be quite a lineup willing to play at the party to celebrate.”