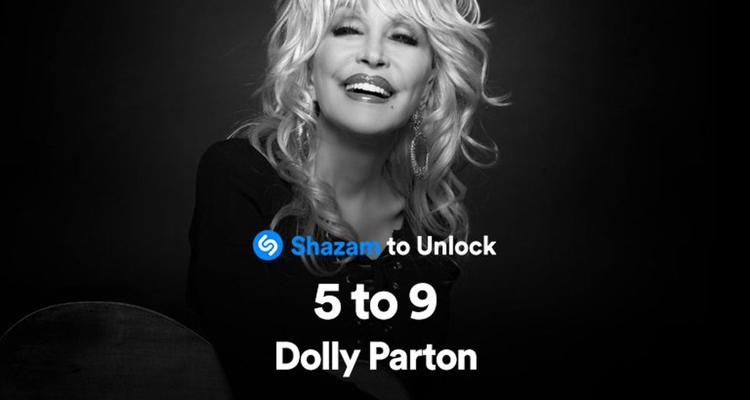 Dolly Parton created a new version of her hit song, “9 to 5” for a Super Bowl commercial. The new hit, cleverly called “5 to 9” advertised Squarespace’s services as a website builder. But the legendary country music star also tweeted out a surprise for fans.

“Shazam #5to9 during tonight’s Super Bowl to unlock a special surprise!” the country singer tweeted. “You can also get up to five months of Apple Music free if you’re a new subscriber.”

If you missed the commercial, Apple has a special page that plays the song so you can Shazam it. The promotion is only available to new subscribers. The previous Shazam/Apple Music promotion that offered five-months free expired last month. This new promotion is available through March 31, 2021. Only the following countries are eligible to redeem it:

Shazam is available as a free download in the App Store to identify the Dolly Parton remake. This promotion is part of Apple’s effort to get people to identify new music using Shazam.

Some services let you transfer Apple Music playlists to Spotify – but how many users want to do that? Most people pick a streaming music service and stick with it. Spotify is hoping to break that habit with its podcast strategy, but it doesn’t look like that will pay off.

The battle between Apple Music and Spotify is heating up in terms of attracting new subscribers. Researchers estimate the global music streaming market revenue will reach $60.5 billion by 2026. COVID-19 saw a rise in new users for these streaming music services, with an average of 42.7 million new users across multiple services in 2020.

North America still has the largest revenue share in the market, according to data from 2019. But new users in Asia-Pacific are creating volume-driven growth powered by a freemium model.