There’s a Little-Known Jackpot of $60 Million In ‘Non-Featured’ Musician Royalties Collected Every Year — Is Some of It Yours? 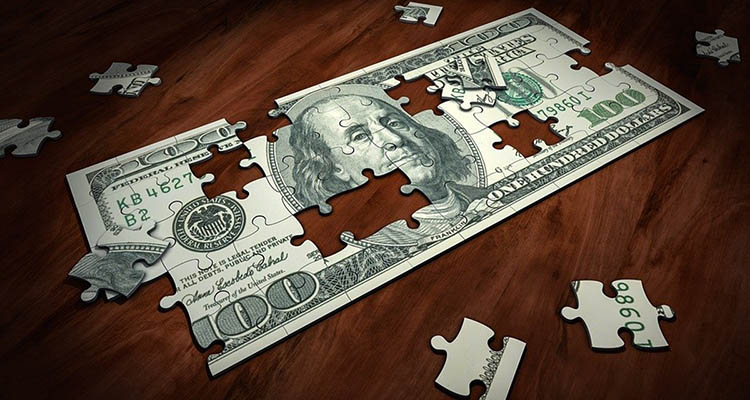 In a quiet, unsuspecting office in Valley Village, California, the year-round staff of 65 people at the AFM & SAG-AFTRA Fund diligently processes more than $60 million annually in artist and musician royalties.

And they’re dying to send you a check.

Despite the name, the AFM & SAG-AFTRA Intellectual Property Rights Distribution Fund isn’t a union, and there’s no membership requirement. Although the organization was originally created by two unions — as the name certainly suggests — they’re the furthest thing from a closed-member club. Instead, it’s wide open to any musician or performer owed royalties, plain-and-simple.

Operating as a not-for-profit, the Fund is one of the hardest-working royalty-paying organizations in the U.S.-based music industry. Yet sadly, many musicians aren’t aware of their existence. So who is the AFM & SAG-AFTRA Fund, exactly?

The answer is well known to background musicians and singers who routinely cash checks from this collection and redistribution fund. The 501c(6) not-for-profit organization has been in operation since the 90s, and sending royalty checks to non-featured musicians and performers for decades. But as digital platforms have ballooned, so have AFM & SAG-AFTRA Fund’s royalty collections and payout demands, making it more challenging to identify, locate, and pay the right people.

Accordingly, AFM & SAG-AFTRA Fund’s staff has become akin to a detective agency. “Our researchers are like detectives,” the Fund’s Brian Stewart told DMN. “I have people calling me at home.”

Those three areas are: Sound Recordings, Audio/Visual, and Symphonic, each of which has its own specialized division. Breaking each down:

(a) Sound Recordings principally refers to non-interactive internet radio recording royalties (for example, SiriusXM Satellite Radio), which are principally collected and distributed by SoundExchange. The difference is that SoundExchange handles royalties for featured artists, though a modest percentage (5%) is earmarked for non-featured artists (which is where AFM & SAG-AFTRA Fund comes in).

Sounds complex — and it is, though here’s a quick visual summary of all of these sources.

(b) Audio/Visual is a bit more specific and covers musicians — featured or non-featured — in movies, TV shows, or other visual formats in Spain, Germany, and Brazil.

(c) Symphonic royalties pertain to symphony orchestral recordings, which switches the rules around a bit. Basically, in the U.S., any orchestra performer is considered a featured performer, so instead of getting the typical 5% non-featured cut, they are paid from the 45% pool. These payments draw from the gamut of streaming radio services, private copying levies, and reciprocal agreements with foreign rights organizations.

That’s the nutshell version, and Stewart told us that there are lots of extra opportunities to watch out for.

For example, a performer who is typically featured can suddenly become ‘non-featured’ on a certain track (for example, when Dave Grohl plays drums for Jack Black).  Yes, Dave Grohl gets a check for that!  There are also payments from CD rentals in Japan — which amazingly still exist.

But edge cases aside, the overall pool of money is rapidly increasing.  Overall, AFM & SAG-AFTRA Fund has collected more than $400 million in royalties for artists, but most of that has happened over the last 6-7 years.  Which means this isn’t a smaller fund: it’s already substantial and getting bigger and bigger by the year.

Long story short: those royalties were previously only paid to publishers prior to the passage of various U.S. Copyright Law updates in the 1990s.  But now, thanks to the recent passage of the Music Modernization Act (MMA), those rights are about to enjoy another growth-surge, thanks to the incorporation of pre-1972 recording royalties.

And that might be a bigger piece of the pie than you think: according to the AFM & SAG-AFTRA Fund, oldies are a big, big piece of the total royalty pool, with pre-1972 classics a tranche of fresh money waiting to be distributed.

All of which begs the question: how the hell do you get paid on this stuff?

The first step is pretty simple: Go to their website, www.afmsagaftrafund.org, and check if they have any unclaimed royalties for you or pay royalties on any songs you have worked on as a non-featured artist.  There you will find all the information you need to get paid.