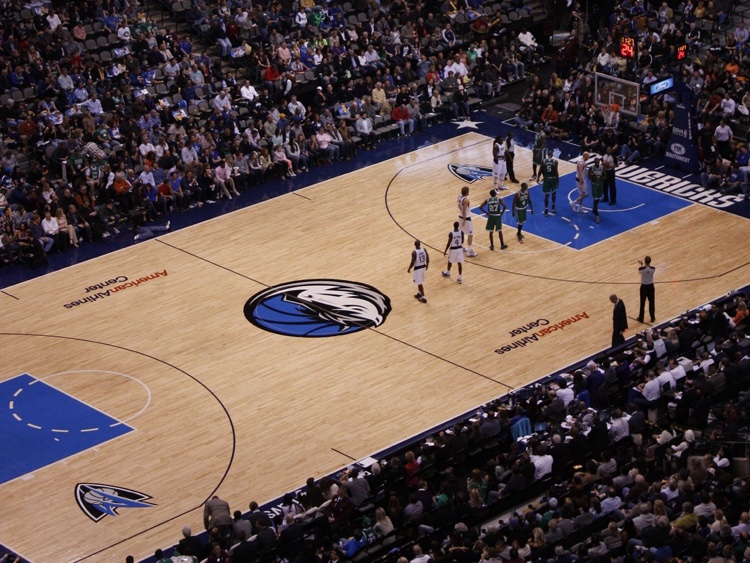 Late last year, we first reported on NBA discussions to remove the National Anthem entirely from games. Now, the Dallas Mavericks have become the first team to eliminate the Anthem from its pre-game ceremonies.

Updated: Just one hour after we published this article, the National Basketball Association (NBA) has ordered that the Dallas Mavericks organization play the National Anthem prior to its games. It has now come to light that the Mavericks have not been playing the Anthem during the 2021 season, though it will be resumed effective immediately. “With the NBA teams now in the process of welcoming fans back into their arenas, all teams will play the national anthem in keeping with longstanding league policy,” the NBA offered in a statement.

The following is our original report on the cancellation, published early this (February 10th) morning.

The decision to remove the National Anthem, or ‘The Star-Spangled Banner,’ from all Dallas Mavericks home games was issued by team owner Mark Cuban, who confirmed the news this morning.  Cuban confirmed the removal after sports publication The Anthem noticed that the National Anthem was strangely missing from a recent game. Cuban declined to elaborate on the reasons for the decision, only stating that the Anthem, which has been played prior to every NBA match-up prior to this point, would not be included in future Mavericks home games.

Last year, Digital Music News first reported on confidential NBA discussions to eliminate the National Anthem for all future games. The discussions were rumored to be happening at the behest of many players, most of whom kneel for the Anthem or even warm-up during portions of its performance. The rogue move by the Mavericks suggests that the NBA either opted to keep the Anthem, or wasn’t moving quickly enough to remove the Anthem from 2021 games.

Separately, an NBA spokesperson has also confirmed the move by the Mavericks, noting that franchise teams are “permitted to run their pregame operations as they see fit.” Given the previous information on a possible pan-NBA removal of the National Anthem, it appears likely that other teams will follow suit.

Cuban has been a longtime critic of the National Anthem, and has kneeled alongside players in previous games.

The move drew considerable protest last year from basketball fans, though the outspoken Cuban fired back with an angry retort: “The National Anthem Police in this country are out of control,” Cuban tweeted. “If you want to complain, complain to your boss and ask why they don’t play the national anthem every day before you start work.”

At this stage, it’s also unclear if the National Anthem will be replaced by another song, or simply skipped entirely. The National Football League (NFL) has recently complemented ‘The Star-Spangled Banner’ with “Lift Every Voice and Sing,” dubbed ‘The Black National Anthem” by the NAACP.

The controversial decision by the Mavericks comes alongside a concerning ratings plunge for the NBA. Last year’s NBA Finals suffered its lowest ratings ever, with the deciding Game 6 garnering just 5.6 million viewers despite the presence of NBA superstar LeBron James and the league’s marquee franchise, the Los Angeles Lakers. That represented a near-70% plunge in viewers from the previous year’s finals battle (and a near-85% drop in viewers from the epic 1998 finals matchup between Michael Jordan’s Chicago Bull and the Utah Jazz in 1998). The Lakers’ Game 6 ratings were also 50% lower than a regular season NFL game that was airing at the same time.