After Cloning TikTok, Facebook Moves on to Copy Clubhouse 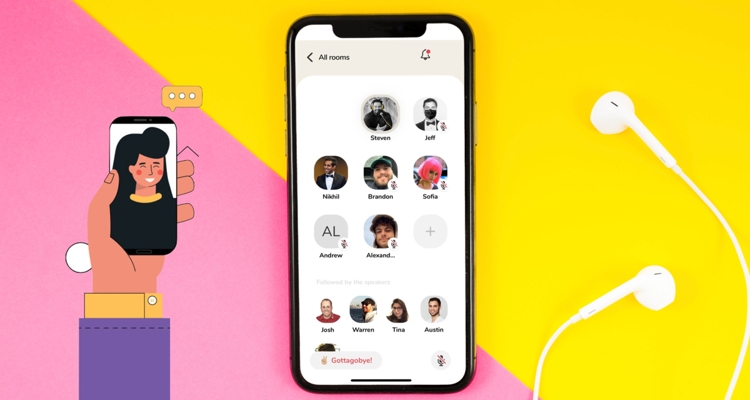 A new report suggests that Facebook is working on a Clubhouse copy internally. The project is in the early stages of development, so it’s unclear if it will launch. Facebook’s TikTok clone appeared in the form of a separate app called Reels that launched in Brazil first. After the fury around the proposed TikTok ban, Facebook soon integrated the feature into Instagram.

The news of Facebook planning to copy Clubhouse comes just days after Mark Zuckerberg joined the platform. He participated in a chat room to talk about the future of augmented reality and virtual reality. It should come as no surprise that Facebook is ready to rip-off new startups wholesale.

Facebook and Instagram Stories are a direct copy of Snapchat’s main feature. Instagram Reels is a direct TikTok clone, and hashtags and @ mentions work on Facebook the same way they work on Twitter. Facebook’s internal motto is ‘move fast and break things,’ but in recent years, it has become ‘move fast and copy things.’

But Facebook isn’t the only social media giant that is working on a Clubhouse copy.

Earlier this year, Twitter acquired a social podcasting company called Breaker. It is now using the company’s social audio expertise to beta test a Clubhouse competitor called Spaces. Billionaire Mark Cuban is also working on a social audio app called Fireside. Cuban has called Fireside a ‘next-gen podcast platform’ aimed to facilitate live conversation. Think of it like a homemade radio program where the audience can ‘call-in’ to have questions answered.

Fireside’s development is currently in stealth mode, likely to avoid copycats like Facebook and Twitter. Its founder has reached out to established podcast creators to offer them ‘Founding Firesider’ spots to build users’ initial roster.

All of these Clubhouse copies have a long road ahead of them. Clubhouse launched last year and is still in the invite-only stage. That means you must know someone who already has an invite before you can join. The exclusive nature of the app has attracted millions of users. Despite the growth, developers are still looking for ways to monetize these audio chat rooms.

Right now, there’s no way to record a Clubhouse conversation natively, either. That means users who want to turn the chat into a podcast for consumption later need to record it using another app on their devices. Clubhouse is just the latest trend in audio-only apps driven by the success of podcasting.