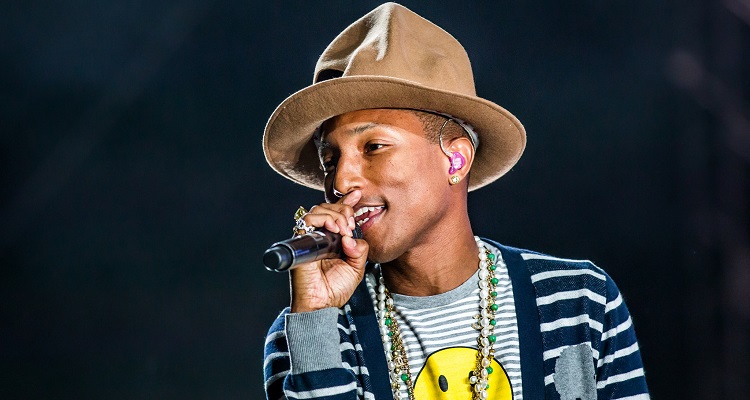 Earlier this month, Digital Music News was first to report that both the Marvin Gaye estate and counsel for Pharrell Williams had called for a ruling in their latest courtroom confrontation. Now, a federal judge has officially dismissed the Gaye estate’s request for millions in additional damages.

To recap, this newest twist in the years-long legal battle between the Marvin Gaye estate and Pharrell Williams (as well as Robin Thicke) initiated in December of 2019, after a federal appeals court in 2018 upheld a multimillion-dollar verdict against Williams and Thicke.

A jury determined that the collaborators had infringed upon Gaye’s “Got to Give It Up” (1977) in their “Blurred Lines” (2013) track, but also found that the infringement wasn’t willful – meaning, in part, that they wouldn’t have to pay the Gaye estate’s legal fees.

However, the matter reentered the spotlight in December of 2019, when the Marvin Gaye estate accused Pharrell Williams of committing perjury – and called for him to pay millions in legal fees as a result – based upon statements he made during a GQ interview with Rick Rubin.

Specifically, the Virginia Beach-born creator had stated while under oath: “I did not go in the studio with the intention of making anything feel like, or to sound like, Marvin Gaye.”

Speaking to Rubin, though, the 47-year-old indicated that he and his collaborators “always” sought to “reverse engineer the songs that did something to us emotionally and figure out where the mechanism is. …  I did that in ‘Blurred Lines’ and got myself in trouble.”

The Gaye estate submitted the motion for relief in February of 2020, though COVID-prompted delays resulted in the matter remaining shelved until now. Moreover, the court, in a 23-page-long filing, explained in detail the decision to dismiss the motion.

Towards its start, the multifaceted document notes that both Robin Thicke and Pharrell Williams had stated in previous interviews – that is, interviews from before Williams’s GQ discussion – that they’d channeled the energy from “Got to Give It Up” and Marvin Gaye when crafting “Blurred Lines.”

To be sure, Williams was pressed about the subject (given his aforementioned comments about not going to the studio with the intention of creating music that sounds like Marvin Gaye’s work) during his deposition and the trial itself.

Because of this point as well as the idea that the remarks Pharrell Williams made while speaking with Rubin “were cryptic and amenable to multiple interpretations,” the court determined that the Gaye estate has “not shown by clear and convincing evidence that there are sufficiently material inconsistencies” to constitute perjury.

And even if the plaintiffs could demonstrate that Williams had committed perjury based upon the GQ interview, “there is insufficient evidence of aggravating conduct necessary to constitute a fraud on the court,” per the text and based upon the definition set forth by the Ninth Circuit.

Finally, the court emphasizes that the Gaye estate and counsel cannot argue that Williams and Thicke didn’t testify “honestly” and reiterates that the artists had been cross examined on the topic during the course of the initial trial. Timing-wise, the document relays that the yearlong post-judgement limitation period under Fed. R. Civ. P. 60(c) also bars the motion from seeking relief under Fed. R. Civ. P. 60(b)(3), factoring for an April 12th, 2016 ruling in the suit.

“Even assuming that Thicke and/or Williams did not testify truthfully, it is not a sufficient basis to reopen the judgment,” the text proceeds.

At the time of this piece’s publishing, Pharrell Williams hadn’t specifically addressed the dismissal. Thicke released his first studio album in seven years, On Earth, and in Heaven, four days back.