I Pay $9.99 a Month for Spotify Premium. So Why Am I Listening to Podcast Ads? 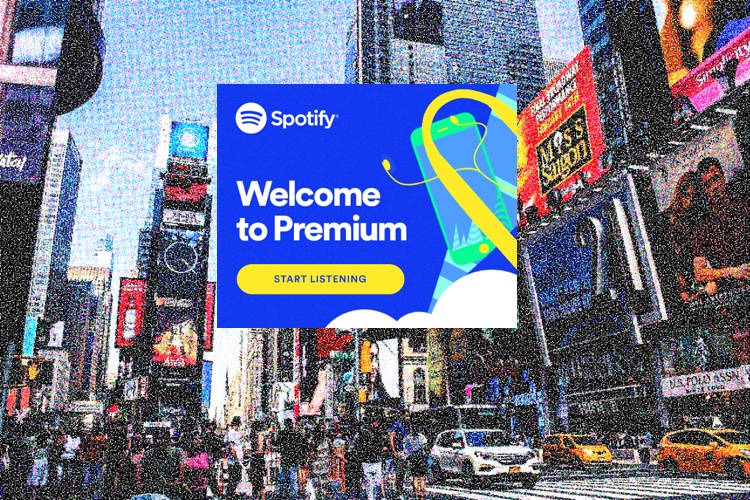 Surprise! Spotify’s podcasts are now stuffed with ads — even for those paying $9.99 a month for the ‘ad-free’ Spotify Premium.

Last year, Spotify signed one of the hottest podcasters in the world to an exclusive deal. This year, The Joe Rogan Experience can only be enjoyed on Spotify — that is, after listening to about 10 minutes of ads from multiple sponsors before the start of every episode. Even worse, Spotify is now inserting ads within the podcast at regular intervals, and making those ads difficult to skip if you’re driving, working out, walking the dog, or doing anything else while listening to the show in the background.

But it’s not just Joe Rogan getting peppered with ads. Other Spotify podcasts are full of lengthy spots. And because Spotify hasn’t filled a lot of its inventory, many of the ads repeat over and over again on smaller shows. All of which sounds reasonable for non-paying listeners, but absolutely absurd for those forking over $9.99 a month for a Premium tier expressly marketed as ad-free.

The issue isn’t going unnoticed by Spotify paying customers. Complaints are pouring into Spotify’s support channels, and users are also complaining on Twitter, Reddit, and other places. “I pay for my subscription. Every month for years now,” one subscriber named Montesi complained in a Spotify forum.  “The main reason I am a paid-for subscriber with Spotify is so I don’t have to hear ads.”

“I expect not to hear ads on Spotify. I understand there are ads woven into the actual content of the podcast itself, but for as big of a company and the amount of leverage Spotify has, I expect to not hear ads so long as I am paying for the service.”

Another Spotify Premium subscriber heard a geographically-targeted ad in a podcast while driving. That didn’t go over well. “I pay for Spotify Premium, I should NOT be receiving ads,” Reddit user Tomiman ranted on r/Spotify. “Listening to a podcast I follow, I was hit with an ad for a car dealership near me as soon as I switched to a new episode… I pay out of pocket so I do not have to listen to advertising during my music and podcasts. This should NOT happen at all.”

The complaints are seemingly endless online, though it’s unclear how many of Spotify’s 155 million Premium subscribers are having a problem with the double-dipping. And so far, it looks like Spotify is ignoring them — or simply brushing them off.

Spotify’s first answer to irate customers seems to be that they can’t control the ads on Spotify’s podcast shows. “Spotify gives the podcast hosts the option to choose if they would like to have a dynamic ad slot in their podcast,” a customer service rep explained to Montesi. “We understand that many of the creators that you’re listening to seem to be using that option but that is not something Spotify can control — it’s up to the individual podcast owners if they choose to have that type of ad in their content.”

Spotify told Digital Music News something similar last month. The explanation also makes sense if podcasters are spreading their episodes to different podcast platforms that include Spotify. In order to go ad-free, Spotify would either have to demand that podcast producers scrub their episodes of ads, or scrub the episodes to eliminate the ads themselves.

That sounds logical enough, though it isn’t the full story.

After all, Joe Rogan’s podcast is stuffed with ads, and it’s exclusive to Spotify. So why are there more than ten minutes of ads before the start of every Joe Rogan podcast if Spotify is the only place playing it?

Well, it turns out that Spotify is also developing its own sophisticated advertising platform for — you guessed it — its own podcasts. Less than one month ago, Spotify introduced ‘Spotify Podcast Ads,’ and confirmed that Premium subscribers wouldn’t be spared.

“All Spotify users receive an on-demand podcast listening experience that may include ads or sponsorships,” the company recently stated. “Spotify Premium offers users an ad-free music listening experience. However, Spotify offers all listeners the ability to pause, rewind and fast forward through any part of a podcast episode, including advertisements.”

And there’s the operative phrase: ‘an ad-free music experience.’

Spotify has even changed the verbiage on its Premium sign-up page to clarify that only music listening is ad-free. “No ad interruptions,” the pitch page says. “Enjoy uninterrupted music” (italics ours).

And as for the “ability to pause, rewind and fast forward through any part of a podcast episode, including advertisements,” that’s only half-true as well. For those trying this at home, Spotify’s podcast ads specifically cannot be skipped with the forward button. Instead, the listener (including the Premium subscriber) is forced to scroll the ad to its end, only to be greeted by another ad that requires the same skip-through process. And if you think that’s annoying, try doing it while doing something else — which covers pretty much every podcast-listening experience.

(It’s also worth noting that Spotify’s ‘pause, rewind and fast forward’ functionality is seriously lacking when compared to other dedicated podcast apps. Pocket Casts, for example, allows users to fast-forward in quick 30-second chunks, including ads. That level of functionality is completely missing on Spotify, likely by design.)

So instead of being ‘not something Spotify can control,’ it turns out that Spotify is specifically placing ads in podcasts it produces or otherwise controls.

In other words, Spotify is double-dipping by first charging Premium users $9.99-a-month, then serving ads to those paying customers. That sounds a bit risky, though Spotify may be betting that paying subscribers won’t care. Unfortunately, the cost of being wrong is that paying customers will flee to rivals like Apple, Amazon, or Google, all of whom have ample podcast (and music) selections.

But there’s also the issue of misrepresentation, which could trigger regulatory actions in certain countries.  Look no further than the Advertising Standards Authority (ASA) in the UK, the country where Spotify unveiled its double-dipping ad strategy. “If anyone has concerns that Spotify is making misleading advertising claim about ‘no ad interruptions,’ whether that claim is on its website, in-app, or elsewhere, we encourage them to contact us, and we’ll assess the matter further,” an ASA spokesperson relayed.

But for now, Spotify will be serving you podcast ads, even if you’re paying them. And you will like it.