Irving Azoff Calls the Beach Boys an ‘Underappreciated Trademark’ — But Can He Make Them More Relevant In 2021? 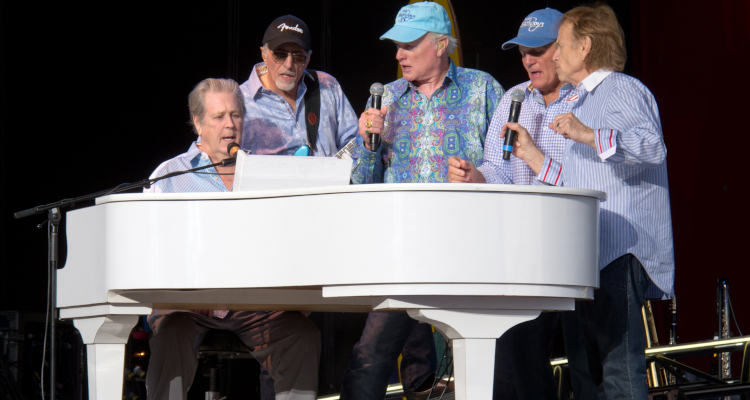 The Beach Boys, who have sold a “controlling interest” in their catalog and IP to Irving Azoff and his Iconic Artists Group, performing live during their 2012 reunion. Photo Credit: Louise Palanker

Irving Azoff has called The Beach Boys an “underappreciated trademark” and purchased a controlling interest in the Rock and Roll Hall of Fame group’s catalog and IP. Maybe that was the easy part.

The management mainstay made the investment – reportedly worth approximately $100 million to $200 million, though an official figure hasn’t been disclosed – through his Iconic Artists Group (IAG), per a piece on Azoff’s Pollstar. And while the source describes IAG as a “new” company, Irving Azoff and former Big Deal Music higher-up Olivier Chastan launched the business in early 2018, according to its LinkedIn profile.

This same profile relays that Iconic “acquires and manages entertainment legacy artists, brands and creators to protect, curate and develop their legacy into the future.” Building upon the latter point, the transaction specifically covers a majority stake in the 60-year-old act’s brand and recordings, as well as “select musical compositions and memorabilia.”

The Beach Boys and their family members will maintain an interest in the assets, however, “to participate in the upside Iconic expects to create by actively marketing and promoting” the group, Iconic Artists’ announcement message indicates.

Iconic is reportedly planning to utilize the catalog and other IP to reignite public interest in the rock band’s music (consisting specifically of 29 studio albums) – with an emphasis, one would assume, on connecting with younger listeners.

The effort will reportedly encompass a SiriusXM radio show and the use of old, never-before-seen interviews from the band, which released its latest studio album, That’s Why God Made the Radio, in 2012.

Also worth noting, in terms of the process associated with helping The Beach Boys to find new fans yet, is that the group’s music appears technically well-suited for success on short-form video-sharing apps like TikTok. The 53-year-old Fleetwood Mac capitalized upon a viral trend (featuring “Dreams”) last year, and the commercial benefits and byproducts of the happening are still apparent today, nearly five months after the fact.

To be sure, Lindsey Buckingham, Mick Fleetwood, and Stevie Nicks sold their catalogs in multimillion-dollar deals across December of 2020 and January of this year, and Fleetwood Mac has nearly 23 million monthly listeners on Spotify. Additionally, “Dreams” today placed 80th on Spotify’s Top 200 chart for the U.S. (and 140th on the global chart), a few positions beneath BTS’s “Dynamite.”

Brian Wilson acknowledged his band’s catalog and IP sale on Twitter, and the 78-year-old Al Jardine’s recent posts have promoted a pair of tracks – “Jenny Clover” and “Waves of Love 2.0” – that he released last week.