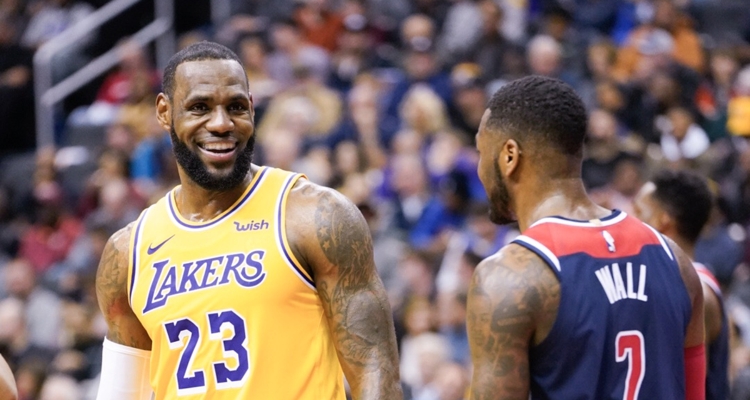 LeBron James wants to curate a rap album, but he won’t be rapping on it himself.

This isn’t the first time an NBA superstar has gotten into the rap game. Shaquille O’Neal, Kobe Bryant, and Damian Lillard have all released rap albums. But instead of rapping himself, James says he knows what he’s good at, and he’d rather curate an album of friends who are talented rappers. It sounds like he’s hoping to put out an album that resembles a DJ Khaled project.

“My love for music is INSANE,” LeBron tweeted on Wednesday. “I think I’m going to do an album. Oh no, I won’t be rapping or anything like that. I’m not crazy, I know what I’m great at, but I tell you one thing I do have. So many friends that can! Thinking out [loud],” the basketball player continued.

LeBron James may not be spitting bars on his new rap album, but he’s no stranger to the process.

In 2019, he served as an A&R advisor on 2 Chainz’ Rap or Go to the League album. Rappers often send demos of their music to James early, making features on his Instagram Stories. He’s also on board to star in the sequel to Space Jam, so maybe he’ll curate the Space Jam 2 soundtrack?

Earlier, the superstar revealed a Lindsay Dawn Studios portrait in his house. The portrait pays tribute to Nipsey Hussle and Kobe Bryant. “Wit me every single day when walking my hallways,” he told his fans on Instagram. “Continues to live on!” It will be interesting to see how a curated rap album with LeBron James at the helm does versus some other NBA rap albums.

Shaq gets a lot of criticism for diversifying into music, but he also has a platinum certification for his debut album, Shaq Diesel. He’s also gold certified for his follow-up album, Shaq Fu: Da Return. He’s the only NBA player to have a serious major label recording contract; others have been forced to self-represent or go the indie route.

It will be interesting to see which of King James’ friends will appear on his rap album, too.

He’s very good friends with Drake and has often cited Jay-Z as his favorite rapper. In 2014, TMZ released a rap track that was reportedly rapped by James and his friend Sian Cotton. The track is titled “Kingdom,” and in it, James raps over a Jay-Z track about his money, houses, and NBA championships. That track was never supposed to be released; Cotton spoke with TMZ, saying it was recorded on a whim.