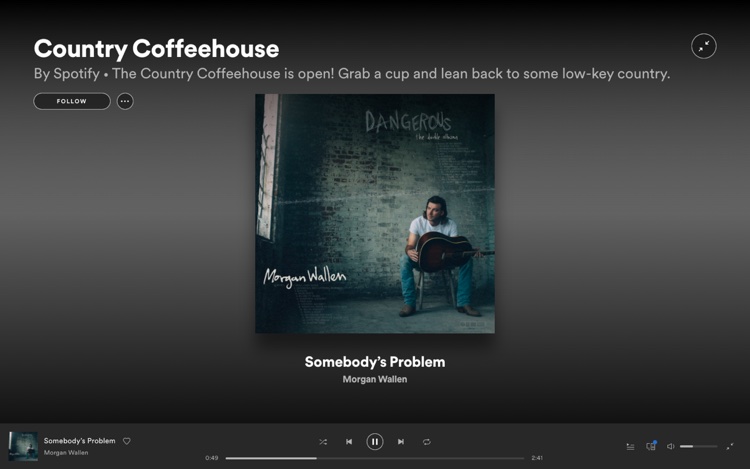 That’s an interesting question following the streaming platform’s decision to reinstate the artist this week into one of its largest country playlists, Country Coffeehouse. The Spotify playlist, which is followed by nearly 600,000 people, initially removed Wallen from its collection of roughly 75 songs earlier this month.

Now, Spotify may be slowly reintegrating Wallen back into its playlist stack. Wallen’s recently-released track, “Somebody’s Problem,” was first spotted by Digital Music News this week after the artist’s playlist ban. It’s unclear which day Wallen first reappeared, and Spotify hasn’t made any public statements since the controversy first surrounded the artist.

But this isn’t the first indication that Spotify is reintegrating Morgan Wallen into its playlists.

Just days after the controversy, Spotify launched an exclusive ‘enhanced’ version of Wallen’s recently-released album, Dangerous: The Double Album. That deep-dive, released just one week after Wallen was ‘suspended indefinitely’ by his label, Big Loud/Republic, features special outtakes and commentary from the artist. Within three days, the enhanced album had garnered nearly 200,000 followers, while the album itself has just entered its sixth week atop numerous album rankings in the United States.

Indeed, Wallen is now surging on Spotify, Apple Music, iTunes, and the physical world, despite full-scale bans on streaming music playlists, broadcast radio, SiriusXM, and Pandora. Over the weekend, data revealed that Wallen is currently the best-selling artist of 2021, and the most popular artist on Spotify (two of Wallen’s songs are now in Spotify’s top 50, with both gaining steam). Wallen has also sold the most albums this year, outpacing heavy-hitting pop stars like Ariana Grande.

That could be putting serious pressure on Spotify, especially given the high-stakes battle for streaming music subscribers. It’s unclear if the streaming platform is facing complaints from Wallen fans, though several radio stations have reported heated confrontations with irate listeners. But radio’s blanket ban is having little impact on Wallen’s success, despite its historical ability to make-or-break an artist’s career.

At this point, Spotify is keeping its cards close to the vest. But all eyes are now focused on Hot Country and its 6.2 million followers. Perhaps Country Coffeehouse was a way for Spotify to test the waters — and any potential backlash — before reintegrating the country star back into its other coveted playlists.