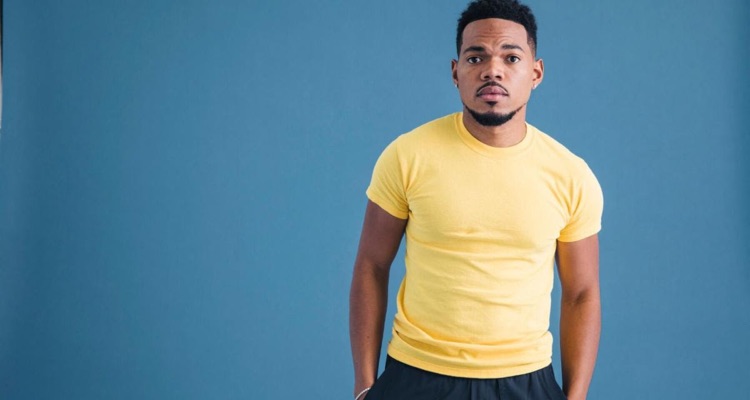 In early December, manager Pat Corcoran levied a $3 million lawsuit against Chance the Rapper, alleging that his former client had failed to pay an agreed upon share of earnings from music, touring, and merch sales. Now, the 27-year-old artist has countersued Corcoran for more than $1 million.

To recap, Pat Corcoran maintained in the complaint that he had provided all manner of “advice and counsel” to Chance the Rapper, whose full name is Chancelor Johnathan Bennett, during their eight-year-long professional relationship. Furthermore, Corcoran stated in the suit that he had dropped out of college to manage the Chicago native Bennett, who’d agreed (per his action as well as Corcoran’s) to pay 15 percent of his career’s net profits in exchange for the services.

“Pat the Manager” also claimed to have incurred $2.5 million in “unreimbursed expenses” while promoting Chance the Rapper – though it’s unclear whether he kept a detailed tally of the costs. Moreover, the two ultimately had a falling out concerning the creative direction of Bennett’s debut studio album, The Big Day, and his career direction thereafter. (Of course, the precise reasons behind the falling out vary dramatically between the two sources.)

Chance fired Corcoran in April of 2020, tapping his brother and father as replacements, and “months of contentious negotiations” between the old and new management teams resulted in Corcoran sending a bill for the aforementioned $3 million in allegedly owed compensation. Chance’s father purportedly responded with a $350,000 flat-payment offer, and the underlying lawsuit initiated shortly thereafter.

Worth noting is that Bennett and his representatives promptly pushed back against the lawsuit and the claims therein, relaying in a statement that was shared with DMN: “Mr. Corcoran has been paid all of the commissions to which he is legally entitled. Most of the complaint consists of self-serving and fabricated allegations that are wholly unrelated to Mr. Corcoran’s claim for commissions and were plainly included in a calculated attempt to seek attention.

“Those allegations are wholly without merit, are grossly offensive and we will respond to them within the context of the litigation,” the message proceeded.

Now, this response has arrived in the form of a firmly worded countersuit. Digital Music News obtained an exclusive copy of the corresponding legal document, which Chance the Rapper just recently filed.

The 34-page-long complaint doesn’t hesitate to accuse Corcoran of committing “shocking violations of his position of trust” as Bennett’s manager, including by allegedly “trading on Mr. Bennett’s good name for his own benefit” and by allegedly “diverting business opportunities to his separate companies.”

In terms of the latter, the plaintiff claims that Corcoran became “increasingly aggressive” while negotiating deals, allegedly threatening to block agreements with Chance unless the individual or company at hand “agreed to provide some kind of separate compensation—a kickback.”

As an example of such conduct, the lawsuit recaps an instance wherein Corcoran allegedly took a meeting with Live Nation, which “had been interested in promoting a tour for Mr. Bennett.” Before discussing the possibility of a Live Nation-organized concert series for his client, though, Corcoran allegedly asked higher-ups to purchase wine (to sell at events) from his No Fine Print wine company. Chance has no interest in the winery, and Live Nation agreed to buy some of the products, according to the text. (Exactly how much No Fine Print wine the transaction involved – and whether the “agreement” did in fact turn into a finalized deal – isn’t specified.)

The lawsuit discloses a series of other alleged examples of underhanded professional conduct from Corcoran, including one episode where he’s said to have replaced Chance the Rapper with his own, separate company on a film-production deal.

Another time, after the rapper (and specifically his SocialWorks nonprofit) partnered with Lyft to promote “Round Up & Donate,” Corcoran allegedly capitalized upon the ridesharing service’s desire to continue working with Chance by securing “a benefit to himself, in the form of stock ownership in the company before Lyft’s initial public offering.”

These alleged behind-the-scenes demands came to light “in late 2017,” the suit indicates, after UnitedMasters suggested that Bennett serve as its “celebrity ‘face’… in exchange for part ownership in the company, a seat on its board of directors, and very generous cash compensation.”

Corcoran purportedly sought to nix the proposed deal unless he received identical compensation, and UnitedMasters founder Steve Stoute then informed Bennett of the demands, per the suit. Upon being confronted, Corcoran then “responded with copious tears,” the no-holds-barred complaint relays, before likening the suggested contract to a record deal, convincing Chance to turn down the gig, and offering an “extremely one-sided” opportunity with his own company.

Finally, the multifaceted complaint maintains that Corcoran began neglecting his managerial duties across late 2018 and into 2019, including by allegedly delegating key tasks and failing to attend Chance’s talk-show appearances. That he (Corcoran) announced his company’s Warner Music Group partnership three days after The Big Day dropped, purportedly without Bennett’s knowledge, is depicted as one of the relationship’s final straws.

Additionally, Corcoran allegedly lobbied for vinyl releases of Bennett’s mixtapes and first album, only to fail to secure the needed inventory. Some 20,000 orders were affected by the lack of stock, the plaintiff states, and the situation is said to have cost Chance the Rapper north of $1 million in refunds and free merch to remedy.

As a result, Bennett is seeking at least $1 million in damages. For this complaint as well as the initial suit, it’ll be interesting to see how the original verbal contract between Corcoran and Chance the Rapper is interpreted. Both parties have acknowledged that the deal encompassed 15 percent of net profits, though the oral contract’s payable period remains a subject of dispute.

Kelly Clarkson and Lil Wayne are also embroiled in multimillion-dollar lawsuits (centering on the terms of verbal agreements) with ex-managers, while Celine Dion lost her $13 million legal battle against global talent agency ICM Partners and her former agent, Rob Prinz, in November.