What Is Clubhouse? Everything You Need to Know About the Drop-In Audio App 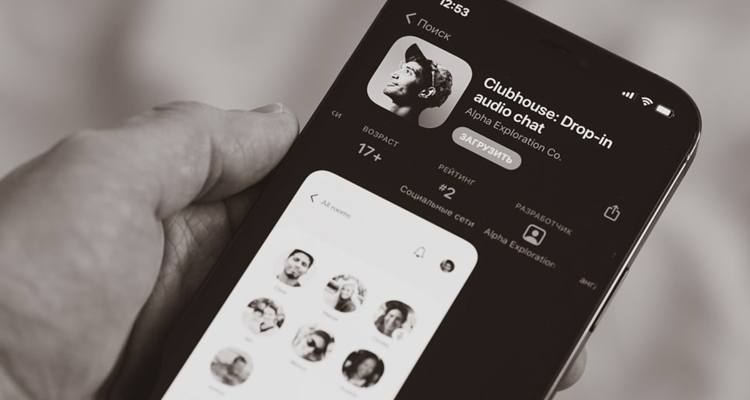 What is Clubhouse? It’s a new audio social platform that took off during the pandemic in 2020. Here’s everything you need to know about the exclusive app.

The social media app took off last summer among Silicon Valley tech workers during the pandemic. It’s an invite-only system of drop-in audio rooms that connect people like Elon Musk, Mark Zuckerberg, Oprah, and Drake to their fans. Clubhouse grew meteorically over 2020, and today, it has millions of users – and remains invite-only.

Clubhouse is a growing social network of chatrooms centered around a variety of topics. Those topics can include music, health & wellness, technology, and more. Unlike most social media platforms, each chatroom has a moderator.

Moderators have the power to allow others to speak or kick out disruptive participants. Clubs are chatrooms sorted by topic, but any two users can get together and start their own chatroom on the app. These drop-in audio chatrooms create organic conversations that feel authentic when good moderation happens. Rooms can also devolve into misinformation, anti-Semitism, and racism if not controlled.

The best way to describe Clubhouse is that it’s like a podcast but with audience participation.

It’s a fresh take on the old concept of AOL chatrooms, or MPlayer, a voice chat service from the ’90s. The focus on audio is new for social networks, where text, images, and video reign supreme. Twitter has dabbled in voice tweets and voice DMs, but they’re a niche part of the platform.

Who is on Clubhouse? – Drop-In Audio Chatrooms

Clubhouse has attracted over two million weekly active views since January 2021. Several celebrities have chimed in about the exclusive social network, including Drake and Vanilla Ice. Users must receive an invite from a current Clubhouse member to join the social network.

The app has especially gained traction among the hip-hop community and its stars. Meek Mill and 21 Savage regularly show up as guests on the platform.

Columbia Records’ Phylicia Fant, Top Dawg Entertainment’s Terrence Henderson, and Motown’s Ethiopia Habtermariam are members. Countless niche discussions are happening on Clubhouse — but the rap industry has played a major role in its spread as a phenomenon. 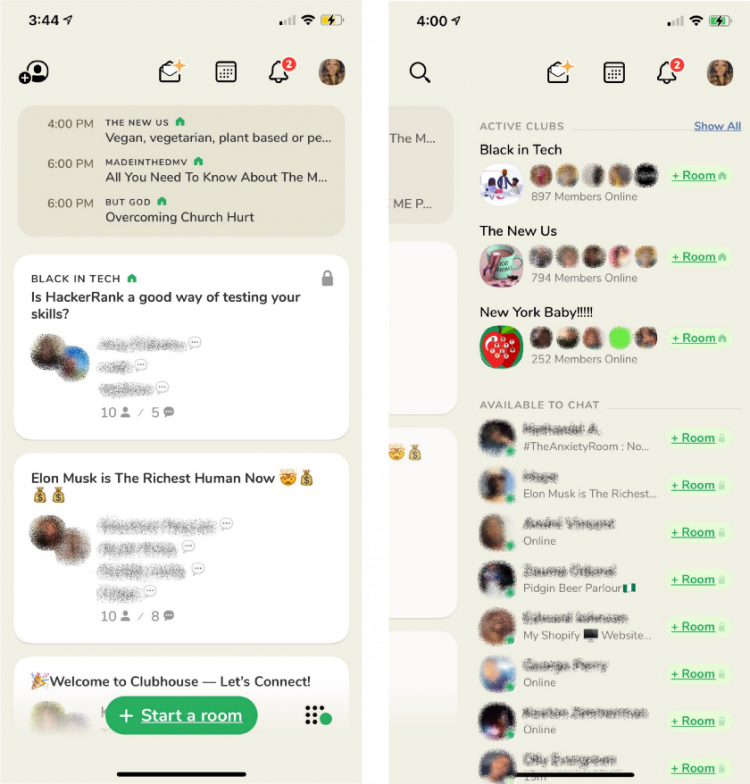 Once you have an invite to the app, you can begin exploring the many rooms available. A homepage lists the many different discussions happening when you join. You can also see a list of any chat topics scheduled for later. You can also start your own room and invite any of your friends to join you.

The app’s algorithm also tailors the homepage content based on your address book and who you follow. Users who begin following music figures will see more industry figures show up in their Clubhouse recommended follows. It’s a clever way to keep users organically engaged with celebrities and musicians with their fans.

What are people talking about on Clubhouse?

The app is host to thousands of podcast-style conversations, panel discussions, networking opportunities, and more. Chatroom moderators control the flow of the conversation and several successful shows have already cropped up.

Kevin Hart, Tiffany Haddish, and Drake are all chatting with their fans about their lives. Recording conversations on Clubhouse is forbidden, which means VIP encounters are protected.

In December, Los Angeles rapper Symba hosted a room to talk about his new album for Atlantic Records, Don’t Run From R.A.P. His appearance on Clubhouse was prompted after LeBron James promoted Symba as his new favorite rap act.

Who created the app?

The app was developed by Silicon Valley entrepreneurs Paul Davison and Rohan Seth. The pair received $12 million in funding from the Andreessen Horowitz venture capital firm. The same firm previously funded the lyrics site, Genius, in 2012. Clubhouse is currently available on iOS only, but its creators say an Android version is coming soon.

How can you get an invite to Clubhouse?

Every single person on Clubhouse has been invited by someone else, so everyone is connected via contacts. In fact, users can’t join the Clubhouse platform unless they agree to share their full contact list with the app. Users who are active on the Clubhouse app are given more invites to share with others.

People are selling invites for astounding prices on sites like eBay. People asking ‘where can I buy a Clubhouse invite’ may be shocked to learn they’re going for anywhere between $50 and $2,000 online. Clubhouse says it won’t remain exclusive forever – it wants to join the ranks of social media behemoths like Facebook and Twitter.