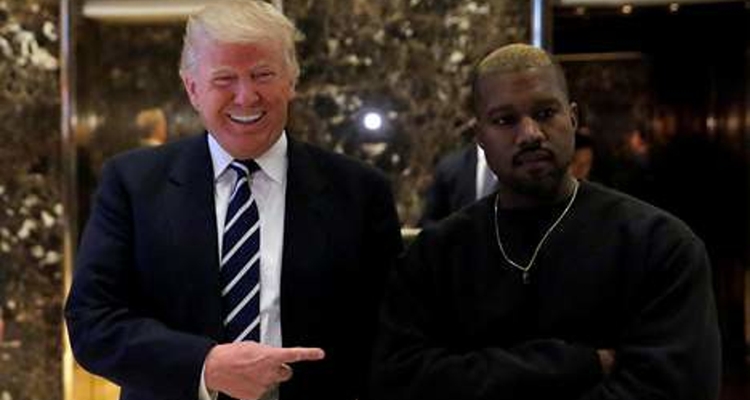 Kanye West spent over $13.2 million on his failed presidential bid, including $12.5 million of his own money.

The new numbers come from the final filing of his Federal Election Commission report. The rapper announced his bid to enter the presidential race on July 4 in what was initially believed to be a publicity stunt. Kanye has a storied history of saying and doing weird and crazy things to attract attention around his album releases.

He launched the campaign with the #2020Vision hashtag and the slogan, “Ye for President.” His listed political affiliation was a new political party called the “Birthday Party.” He described his platform as a mixture of Christian and pro-life Conservative policies. He also spoke passionately about defense and criminal justice reform.

The Kanye West presidential campaign failed to gain much traction after it was announced.

West barely qualified to be listed on the ballot in about a dozen states. He only earned around 66,000 votes in the national election and raised around $2 million in outside donations. Looking at the FEC forms reveals how Kanye spent his $13.2 million on the campaign. Around $7.5 million went to fees related to getting his name on the ballot in states. West also spent $210,544 on a two-page ad in The New York Times just a week before the election. He also spent $918,130 on campaign apparel on Election Day.

Kanye’s failed presidential campaign was a sign of more troubling things to come for the rapper. Now he’s getting divorced from his long-time wife, Kim Kardashian West.

According to the reality star’s divorce petition, there’s a prenup in place. Kim is seeking joint and legal custody of their four children together. Kim is represented by celebrity divorce attorney Laura Wasser, indicated by documents released on February 22. She cites ‘irreconcilable differences’ as the reason for their split. The date of separation on the filing is listed as ‘TBD.’

According to the couple’s prenuptial agreement, all assets and obligations of each party are his/her separate property. That means Kim can’t seek a portion of Kanye’s royalties, and he can’t seek a portion of hers from Keeping Up with the Kardashians. Kim is also asking the court to terminate its ability to award spousal support to either party.

“The couple has been done for a while and have been amicable for a while. At the end of the day, Kanye and Kim love each other immensely, but knew it was time to call it quits,” one source close to the two revealed earlier this month.