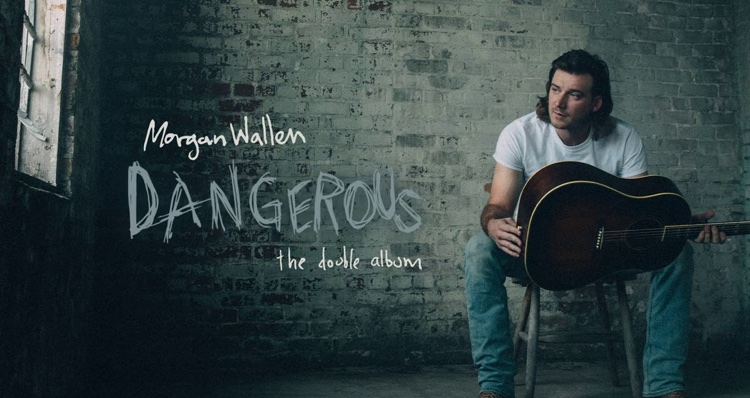 Despite a mass-industry ban, Morgan Wallen is now celebrating another chart-topping week for his recently-released Dangerous: The Double Album. According to stats arriving this weekend, the album has just enjoyed a seventh-straight week atop multiple US-based album charts, including the Billboard 200.

Last week, we reported that Wallen is now the best-selling artist of 2021. But his latest chart ranking is starting to break some records. Already, Wallen has broken a six-week consecutive chart-topping sales streak set by Taylor Swift’s Folklore last summer. Now, Dangerous has become the only country album to spend its first seven weeks atop the Billboard 200, breaking a previous record set by Garth Brooks.

The rankings, expected to be announced within the next few days, come less than one month after the singer faced an unprecedented music industry ban following his use of a racial slur. At the time of this article’s publication, Wallen remains banned from virtually every country radio station in America, and has been scrubbed from Sirius XM, Pandora, and Apple Music playlists (just last week, Spotify partially lifted its playlist ban on the singer).

But that widescale ban has only generated a groundswell of support from fans, as well as heightened publicity for the artist. Instead of getting buried, Morgan Wallen sales are now soaring. At this pace, Wallen is likely to set additional chart and sales records, both within country music and the broader music industry.

But that could be costing them listeners: just last week, we reported that Knoxville, TN-based 96.7 Merle FM had reinstated Wallen’s music after polling their listeners. When asked whether Merle should keep playing Wallen’s music, an overwhelming 92% of listeners said yes. After learning the results, the station quickly resumed playing the country star.

Separately, radio stations belonging to broadcast conglomerates like iHeartMedia are reportedly getting pestered by listeners to reinstate the singer. The answer, so far, has been no, prompting many fans to flock to streaming platforms (and even ditch stations entirely).

Whether Spotify is receiving the same pressure is unclear, though the platform appears to be taking steps to retain Wallen fans by relaxing its playlist ban. Now, the question is whether Spotify decides to reverse its ban entirely — and potentially lure some subscribers from Apple Music.