Lightning In a Bottle Officially Cancels Its 2021 Festival 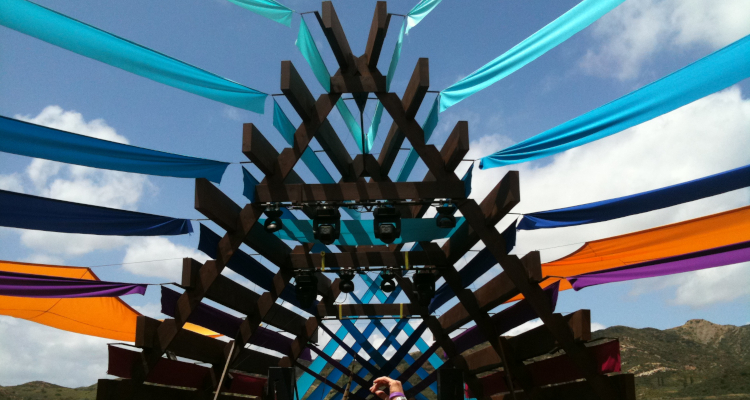 Woogie Stage, which later became the site of the standalone Woogie Weekend festival, at Lightning in a Bottle 2011. Photo Credit: Adam Wiggins

Lightning in a Bottle (LIB) has officially canceled its 2021 festival due to continued COVID-19 concerns.

The electronic dance music (EDM) festival’s organizers announced the cancellation of Lightning in a Bottle 2021 today, in an open letter. “Unfortunately, we are still in the throes of this pandemic,” LIB higher-ups wrote, “and despite promising vaccine news for later this year, we believe 2021 is still too soon for a safe and fun festival.

“The experience of Lightning in a Bottle has always been about exploration, discovery, and connection. It’s all about being socially close, not distanced,” continued The Do LaB, which promotes LIB as well as Woogie Weekend.

Organizers then noted that a virtual edition of Lightning in a Bottle will take place over Memorial Day weekend this year (fans were also welcomed to a LIB livestream in 2020), with a full-scale festival scheduled for Memorial Day weekend in 2022. Additionally, those who requested a ticket transfer should “be on the lookout for a direct email with more details,” the letter indicated.

Lightning in a Bottle’s website now features a section in which prospective attendees can specify the artists they’d like to see perform the 2022 festival. Moreover, some on social media are hopeful that the aforementioned Woogie Weekend may occur later in 2021 – in years past, The Do LaB held the Silverado, California, happening in mid to late July. But an update hasn’t been provided on the event’s Facebook page, and the Woogie Weekend domain appears to be available for purchase.

Live Nation (which recorded yet another all-time-high stock price today, $94.25 per share) and the majority of live-music professionals are banking on a 2021 return for concerts and festivals. And as the rollout of COVID-19 vaccines and the continued dip in new cases appear to play well for the timetable, it’s possible that promoters’ understandable desire to resume delivering live music to fans could result in something of an overcrowded schedule later in 2021.

Building upon the point, fans quickly scooped up all the passes to Insomniac’s EDC Las Vegas (set for May 21st-23rd, 2021), prompting the 28-year-old promoter to debut the Day Trip festival, which sold out in just 90 minutes. The outdoor happening is slated to take place on July 3rd, in Los Angeles, California.

Now, Insomniac – about half of which belongs to Live Nation – is preparing to hold a Meduza concert in Orlando, Florida, on March 13th as well as an inaugural “Abduction” music festival (also in “The City Beautiful”) on April 10th. (General-admission passes to the latter have already sold out.)

Needless to say, it’ll be interesting to monitor the implications of this broader rush to bring traditional live music to fans, including in terms of both scheduling and demand, throughout the remainder of 2021 and even into 2022.