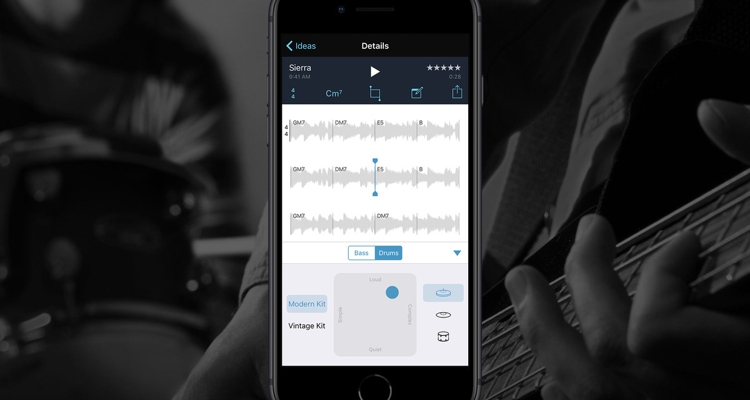 Users who installed the app prior to March 2 can still use it and re-download it. But the Music Memos app is no longer available from the App Store. That means anyone who didn’t use it before it was discontinued no longer has access to this useful music creation tool on iOS.

Apple announced in December that it would be discontinuing the Music Memos tool.

The company advised users to export their Music Memos by March 1 to the Voice Memos library. The app originally launched in January 2016. It could analyze rhythm and chords from acoustic guitar and piano recordings.

Music Memos then added drums and a bass line for a virtual band that could be customized. While Music Memos is a useful on-the-go music creation app, it didn’t receive very many updates.

Apple says users should use the Voice Memos app and export the recording to Garage Band for further editing. While that process is available, it’s not the same as having it all wrapped into one app experience. Already some musicians who depended on the app for capturing their ideas are miffed.

“Music Memos was the go-to app for quick recording ideas, as most of the time inspiration strikes in weird places, rarely in front of my console,” one musician writes. “[It was a] cool feature to get auto drums and bass for a quick feel.”

It’s a shame that Apple couldn’t roll these features into the Voice Memos app. That one has proved more popular among iOS users. Exporting Music Memos requires an iPhone with iOS 14 or an iPad with iPadOS 14. Exported content from the app appears in the Voice Memos folder, entitled “Music Memos.”

Anyone who has used the app can continue to use and download it for now. But new music composers will have to record their ideas and export them to GarageBand to create their virtual backing. Capturing ideas on the go isn’t conducive to having a laptop or iPad with GarageBand on hand all the time.

I wouldn’t depend on the app being available forever, even if you downloaded it. Apple’s official support documents recommend current users export their Music Memos today. “You should export your Music Memos recordings to your Voice Memos library to make sure you keep all of your recordings,” the document reads.