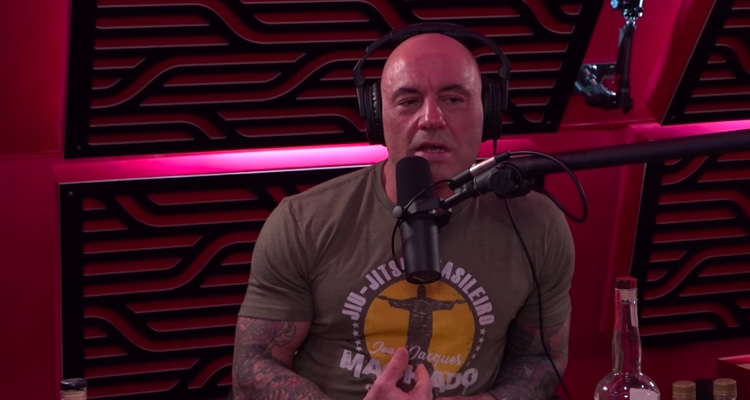 For months, Joe Rogan fans were left wondering what happened to a number of earlier shows that went missing following the Spotify transition. Now, we have the answer.

The answer to the riddle came from Joe Rogan himself, who has now confirmed that Spotify simply refused to transfer a number of his earlier shows as a condition of their $100 million exclusive partnership. And Joe Rogan happily agreed to it.

During the transition of Rogan’s podcast episodes onto the Spotify platform in 2020, fans quickly noticed that multiple past episodes were glaringly omitted. Those included interviews with controversial figures like Milo Yiannopoulos, Gavin McInnes, and Alex Jones (who was separately banned by Spotify).

Additionally, Rogan issued a rare public apology and correction over his claim that left-wing anarchists had set fires in Oregon, a point that was made during an interview with Douglas Murray. The information was wrong, though Rogan’s mea culpa was highly unusual and believed to be the result of pressure from activist Spotify staffers.

In a recent podcast discussion with comedian Fahim Anwar, Joe Rogan stated that Spotify is now completely hands off when it comes to his podcast — though that wasn’t the case during the early days of the deal. But despite his frequent declarations regarding free speech, Rogan seemed more than happy to delete his earlier shows to seal the deal.

Ironically, the topic of Spotify came up in the context of corporate censorship, specifically Netflix’s censorship of an episode of Hasan Minhaj’s Patriot Act following pressure from the Saudi Arabian government. “When I saw that Hasan’s show was pulled because of the criticism of Saudi Arabia, I was like, ‘what? Netflix?’

“Anytime anything gets big enough, you’re gonna get s—t like that,” Anwar responded. “There’s gonna be strings attached.”

“Yeah, that’s the criticism of me being on Spotify,” Rogan quipped while letting out a laugh.

Which raised the question of whether Spotify is actively censoring or controlling Rogan’s editorial freedom.

“They don’t give a f—k man. They haven’t given me a hard time at all,” Rogan stated, before spilling the beans on the censorship bit. “There were a few episodes they didn’t want on their platform, and I was like ‘okay, I don’t care’. But other than that, in terms of what I do in the future, the big test was having Alex Jones on.”

So that answers that question, though Rogan insisted that there won’t be further corporate oversight moving forward. “A lot of people are like, ‘they’re telling Joe Rogan what he can and can’t do’. They’re not — they’re not.”

Separately, Rogan also confirmed that activist Spotify employees had accused him of transphobia and protested his arrival on the platform.

Earlier, Rogan addressed a wave of protests against him by activist Spotify employees, particularly over an episode questioning whether pre-teen and teenage girls should be permitted to have gender-transitioning medications or operations. The episode, with guest Abigail Shrier, was never removed, though Spotify employees reportedly threatened to walk out while demanding further show removals and direct editorial oversight over Rogan’s future episodes.

Ironically for the Spotify protesters, it looks like that standoff prompted Rogan to organize an interview with Alex Jones, despite a platform-wide ban on the far-right commentator and conspiracy theorist. That show remains live on Spotify’s platform — while the earlier interview remains banned — which suggests that Spotify shifted to a hands-off approach after the initial clashes.