Eminem Is Getting Canceled on TikTok Over Past Lyrical Content 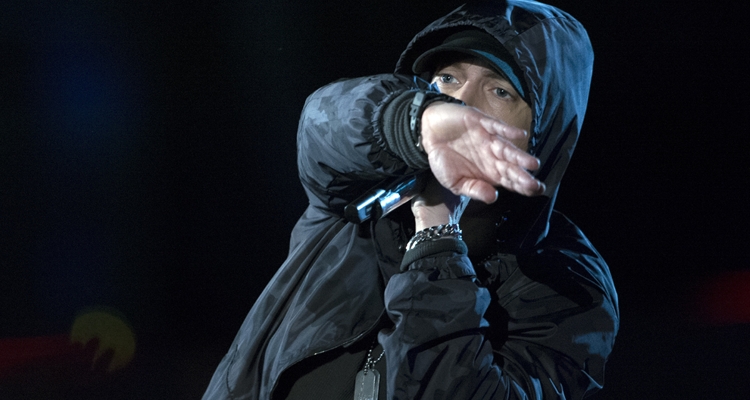 TikTok is collectively canceling Eminem over his past controversial lyrics. Here’s what set the situation off.

Eminem’s 2010 collaboration with Rihanna, “Love the Way You Lie,” set off the controversy. Specifically, social media — and TikTok in particular — is taking issue with the lyric, “I know I’m a liar/If she ever tries to f—kin’ leave again, I’ma tie her/To the bed and set this house on fire.” It’s the most frequently cited example of problematic lyrical content by the rapper, and a big reason the ‘cancel Eminem’ movement that is now gaining steam.

The lyric has been heavily cited by a growing number of TikTok users who want Eminem banned across TikTok and other platforms for spreading a misogynist, violent message. Beyond that, the attempted cancellation could result in Eminem getting dropped by radio stations, his label, and other music industry partners and collaborators, similar to the recent fallout for country singer Morgan Wallen.

Part of the problem is that Eminem delivers the “Love the Way You Lie” refrain with such conviction, which makes it appear that he genuinely espouses such violent acts.

But does he really mean it? Rihanna called the track “authentic and real” and added that Eminem pretty much broke down the cycle of domestic violence in the song. That’s a description of role-playing to highlight a societal problem, though Eminem is now being held accountable for the lyrical refrain as if he’s advocating the actions themselves.

The ripples are just getting started here, though the attempted cancellation is already drawing some pushback. A number of users (on TikTok and elsewhere) are questioning whether Eminem deserves such a sharp rebuke. Over the course of his career, the rapper has been synonymous with controversial lyrics and the personification of problematic characters — but does it make sense to cancel the career of a rapper that depends on controversy and having haters to be successful?

Over the span of roughly two decades, Eminem has taken the shock-jock approach to rap, with many of his albums featuring overt references to violence and sexism. But Eminem’s lyrics have been controversial on purpose.  As a result, attempted cancellations have been routine for the past twenty years. Now, the question is whether the younger TikTok generation can actually cancel the rapper — something Eminem’s been immune to in the past.

“Gen Z really trying to cancel Eminem? Stop. You don’t know what you’re getting yourself into,” one person writes on Twitter.

Em knew this treatment was coming though, as he rapped about cancel culture on his most recent album. On Music to be Murdered By (Side B) he raps:

(Update: Eminem has now released a lyric video of “Tone Deaf,” ostensibly in response to TikTok’s attempts to cancel him).

Then there’s the inherent hypocrisy of attempting to cancel Eminem now — instead of 11 years ago. “Y’all trying to cancel Eminem forget that you definitely listened to at least one of his tracks growing up. He made it through multiple rap eras and now y’all wanna bring back his old lyrics? He lives rent-free in y’alls head,” writes another critical fan.

In the end, it’s unlikely a single viral trend on TikTok is going to get Eminem canceled.

But give Gen Z their shot at canceling Eminem; maybe they’d like to examine Howard Stern next? These people have made their millions off of being offensive; it’s hard to cancel someone who sells that at face value.

Whatever happened to ignoring music you don’t like instead of trying to cancel the artist? It’s perfectly possible to go your whole life not listening to Eminem music if you don’t like it. It’s not like you’re going to hear “The Real Slim Shady” blasting over the loudspeaker the next time you’re in Target.