Kygo Spent $100,000 to Helicopter a Grand Piano to the Top of a Norwegian Mountain 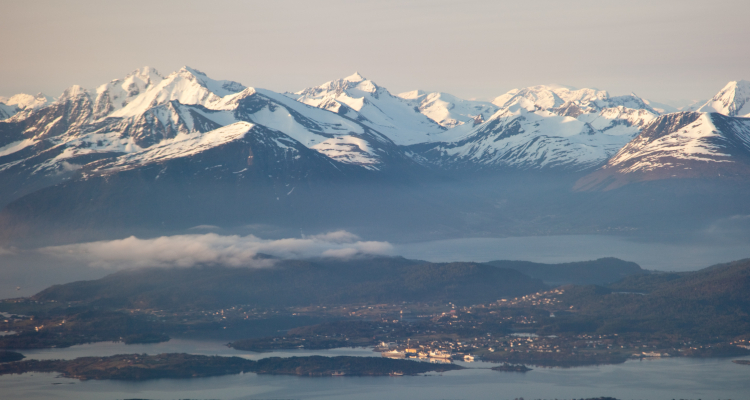 An aerial shot of the Sunnmore Alps as seen from Alesund. Photo Credit: Eirik Solheim

DJ, producer, and songwriter Kygo has paid to have a grand piano helicoptered to the top of the Sunnmore Alps in his native Norway, and the 29-year-old is now set to livestream multiple performances from the picturesque location.

The “Firestone” creator took to his website to reveal the “unique virtual experience,” which will take place on March 4th and 5th. Kygo is expected to deliver the first of these mountaintop shows, for fans in North and South America, at 6 PM PST tomorrow. Two additional hour-long sets – one for viewers in Asia and Oceania, the other for supporters in Europe, the UK, and Africa – will follow on the fifth.

Kygo has posted multiple clips documenting the high-altitude setup process, which cost north of $100,000 to pull off, according to his manager, Myles Shear. Besides the aforementioned grand piano, the “It Ain’t Me” songwriter and producer delivered a DJ turntable and pyrotechnic equipment more than 5,000 feet to the peak, where he and “special guests” will “perform classic hits” from each of the three studio albums that he’s released to date.

One of the sneak-peek videos suggests that the live concerts will also feature fireworks – though as a pertinent aside, mild snow showers are expected tomorrow in Sunnmore, Norway, with a 98 percent chance of snow on Friday, per Espoo, Finland-headquartered weather company Foreca.

Notably, the Singapore-born creator has tapped Moment House, an LA-based ticketed-livestream platform with backers including Scooter Braun, Troy Carter, and Jared Leto, to deliver the show to fans. As more than a few other livestream services have entered the spotlight amid the pandemic, Kygo and his team certainly weren’t without options on this front.

Tickets to Kygo’s Sunnmore Alps concerts will cost $15 apiece (as well as a $2.28 “service fee,” for U.S. fans), while a combo package featuring a ticket and a t-shirt will set customers back $45.

Lastly, a ticket and a pair of Xenox X Kygo Headphones are available for $214.90, excluding fees, whereas one pass and a pair of Xellence Earphones cost a cool $254. Worth noting in terms of the latter is that limited-edition apparel for Kygo’s 2020 Golden Hour album, including a $175 hoodie, is currently out of stock on the DJ’s website.

Yesterday, livestream-monetization platform Maestro announced that it had raised $15 million, with investors such as Sony Music, NetEase, and Twitch cofounder Kevin Lin having participated in the Series B funding round.